Former Shadow Chancellor John McDonnell has declared that he would be willing to be a witness at a party disciplinary hearing for a ‘Jewish Voice for Labour’ member who was suspended by Labour this week.

The local party was originally set to consider motions that had been ruled “out of order” by general secretary David Evans, but these were dropped in light of the ban and suspensions taking place across the country.

JVL, which is not formally affiliated to the Labour Party, was set up in 2017 as an organisation for Jewish members in the party supportive of Corbyn’s leadership. The group campaigned for the reinstatement of Jackie Walker.

Commenting on a video by Double Down News featuring Wimborne-Idrissi, McDonnell today tweeted: “I know Naomi Wimborne-Idrissi. She’s a decent, sincere socialist. Not everybody may agree with everything Naomi says.

“We all have the right to speak and the right to disagree but disagreement shouldn’t result in suspension. I’d be a witness for her at any party disciplinary hearing.”

Former Labour parliamentary candidate Faiza Shaheen, who fought for the party Chingford and Woodford Green in the 2019 general election, also spoke out against the suspension, adding that she knew Wimborne-Idrissi personally.

“Naomi lives local to me and was kind enough to offer her car to us during the election… She doesn’t deserve this,” Shaheen tweeted. “I know this probably puts me in the firing line but I don’t feel comfortable being silent on this.”

The Jewish Chronicle reported on Thursday that Wimborne-Idrissi had been suspended after allegedly creating a “deeply unpleasant environment” at a meeting on Monday in which she criticised Corbyn’s suspension as “unjust”.

Wimborne-Idrissi received support on Thursday from Momentum co-chair Andrew Scattergood, who described her as a “principled socialist and anti-racist” and criticised the suspension of members in relation to Corbyn’s disciplinary case.

General secretary David Evans warned local parties in November that motions related to the suspension of the whip from Corbyn, including “expressions of solidarity” for the former leader, would be “ruled out of order”.

The most senior party official said such motions were “providing a flashpoint for the expression of views that undermine the Labour Party’s ability to provide a safe and welcoming space for all members, in particular our Jewish members”.

Wimborne-Idrissi reportedly told her CLP on Monday: “The idea that Jewish people require for their comfort that whole swathes of subjects should not be debated by the membership of this party is insulting to Jewish people.”

The JVL activist also questioned whether Jewish members should be “seen as gatekeepers” for topics of discussion in meetings and described the situation as a “dangerous road”, according to the Jewish Chronicle.

The suspension follows a number of similar incidents in recent weeks at other local Labour parties, including Nottingham East, Hampstead and Kilburn, Tottenham and Bristol West, over motions related to Corbyn’s suspension.

Last month, the chair, co-secretary and a number of other members in Bristol West Labour were suspended, reportedly over considering motions on Corbyn’s suspension and tweets calling for the resignation of the party’s regional director.

The chair and vice-chair of Hampstead and Kilburn CLP were suspended for reportedly allowing a motion in support of Corbyn, which prompted criticism from local Labour MP Tulip Siddiq who said she was “angry and saddened”.

In Nottingham East CLP, the chair was suspended after a motion was discussed which local Labour MP Nadia Whittome described as “clearly out of order” and which led to a Jewish member saying they had to leave the meeting.

It is also understood that the chair of Tottenham CLP has been suspended pending investigation after the JC reported that they considered a motion in support of Corbyn despite being warned against doing so by regional officials. 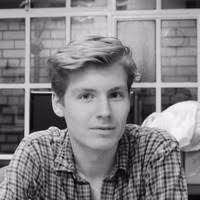