In the summer of 2019 Justin Madders, Peter Dowd and I formed the Labour for the North group to bring together Labour MPs from across the North of England. We felt that it was important to amplify the voice of northern Labour MPs both within the party and outside it. We were responding to what we believed was a growing view that the Labour Party was a London-centric entity and insufficiently sensitive to the needs of the North. Our aim was to organise within parliament, but also to reach out to councillors, activists, Constituency Labour Parties and voters across the North.

After the 2019 general election, we returned a considerably smaller group. We lost 29 northern constituencies to the Tories, whilst many other seats came perilously close to turning blue. Our sense that the party had a ‘northern problem’ was, heartbreakingly, proved right. We strongly believe that this forum, alongside coordinated action for the North, is needed now more than ever. One year on from the general election, we have published a report looking at what happened in December 2019.

In common with other reports that have looked into the election, we steer clear of explanations that present one single factor as decisive, be it the leadership or Brexit. Instead, we analyse the longer-term trends – demographic, cultural, economic, and political – that have led us to this point. We also look to the future and examine how the Tories will attempt to consolidate their gains in the North and how we, as a party and as northern Labour MPs, must respond. We find that their promises on ‘levelling up’ currently amount to little more than short-term projects designed to direct short-term resources at Tory-held or Tory-target seats. We know that this will not produce the wholescale economic transformation that the North needs, but we must be alert to its political potential.

Our report finds that regional identities are particularly important in the North – and with them, a sense of pride in the places people live. Labour must tap into these common narratives and collective values to build policies that actually resonate with people’s lives. A number of recommendations set out how the party must change if we are to win back our northern heartlands and form the next government. Our challenge is to convince voters across the North that their voices have been heard and to assure them that we not only understand their anger and frustration, but also that we will address their concerns through our policies. There is no doubt that Labour winning the next general election is the single best thing we can do to improve the lives of people across the North.

Much has changed in the months since last year’s general election. The coronavirus pandemic has reshaped all of our lives and refocused political debate onto new areas. The tireless fight of our Labour metro mayors, city mayors and council leaders for fairer lockdown deals has highlighted the importance of their roles. Their fight also tapped into an underlying sense across the North that we have never been, and never will be, a priority for a Conservative government. For a Labour government to win, though, it will need far more than this feeling being confirmed by Tory inaction. It requires the Labour Party to demonstrate that it is reconnecting with its former heartlands and will deliver for them in government. We hope this report contributes to that vital task – because without the party reclaiming former seats in the North, there will not be a Labour government. 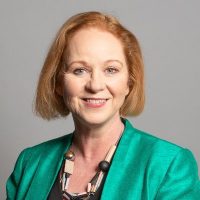 Judith Cummins is the Labour MP for Bradford South.

View all articles by Judith Cummins