The Black Lives Matter movement has given us a vital opportunity to look at the institutional racism within Britain and calls on all of us to take radical action to change it. From our criminal justice system to our immigration policies, our education services and so much more. And that call for change includes within our labour movement.

There has certainly been a lot of talking and education. A quick glimpse of my Google Calendar since May shows that I have personally attended at least 16 different events that at one point or another discusses Black Lives Matter, Black liberation or anti-Black racism. I have even organised and spoke at a couple of events myself as the Black, Asian, minority ethnic (BAME) officer for Open Labour.

Listening and learning from the experiences of Black people within and outside the Labour Party is not only good, but vital. There comes a point, however, where we have to go beyond just talking. As Keir Starmer himself said in June: “Now is the time for action.”

With that in mind, let’s reflect on what has happened within the last six months and what has actually changed within the party and the movement. Has that rhetoric of the need for “institutional change” has led to actual change? Is the party working harder to protect and champion its Black members? For me, and many others, that answer is still an uncomfortable no. Breaking down the institutional barriers of inequality is such a massive mountain to climb, and I feel we haven’t even made the first steps, let alone approached the summit.

Results of the most recent internal Labour Party elections show how far this movement still has to go to climb that mountain. Even after the 1987 Caucus pointed out the lack of Black male representation on Labour’s national executive committee, both Jermain Jackman and Terry Paul failed to win a place in the members’ section, keeping in place a concrete ceiling that has been there for 120 years. Young Labour now only has one Black figure on its national committee, which comes as no surprise considering that in these elections we saw a complete failure of the party’s safeguarding policy and the contest was blighted by over-scrutinisation, abuse and a lot of bad faith when it came to candidates of colour.

What about the promises of Keir Starmer and the Labour leadership from June? We still haven’t received details of the renewal of the Bernie Grant Leadership Programme, and we still haven’t received the results of the diversity audit within the Labour Party staff. And we are still yet to receive a timetable for an autonomous, one-member-one-vote BAME Labour organisation.

As we move on to 2021, I fear that this party and movement will become compliant, with those words of action being seen as an adequate substitute for actual change. We must keep the pressure on as if the tragic murder of George Floyd took place yesterday. Because for many Black members, the pain is still there.

In a labour movement that prides itself on anti-racism, we should never be content with doing the bare minimum. We should always have the political will to push ourselves and others to advocate for more. This is not only a problem for Keir Starmer and the leadership alone: every single wing, every single trade union and every single affiliate must play their part.

During the Covid-19 pandemic,, trade unions have done some fantastic work in pointing out the inequalities that Black people face. From the TSSA passionately calling for justice for Belly Mujinga to the FBU continuing to show amazing solidarity with the residents of Grenfell Tower. But now it’s time for unions to support the many Black workers within their ranks and train them for positions of influences within their unions to continue that fight.

Finally, to the factional groups such as Progress, Momentum, Labour First, the Campaign for Labour Party Democracy and even my very own Open Labour. While the sheer brutality of factionalism has fed into this problem of anti-Black racism within the movement, we cannot deny how important and close these organisations are to the levers of power internally. Rather than being part of the problem, these groups should be a part of the solution. They could do more to find Black voices and champion them, not seeing their grievance as a chance for political gain, but a cause to fight for.

I understand that this will take time. But Black Lives Matter taught us a lot of lessons, one of them being the fact that we can’t keep kicking the problem of anti-Black racism into the long grass. If anti-racism is one of Labour’s core values, the party must prove it. 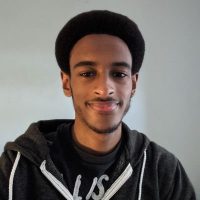 View all articles by Amen Tesfay