In July, I decided to put myself forward as a candidate in our national executive committee elections. 80 other candidates also stood, vying for the nine available Constituency Labour Party representative spots on the committee. I ran as an independent candidate because I think tribalism is unhealthy for our party. Groups create ‘echo chambers’ based on particular viewpoints and their members support or denigrate policy ideas purely based on where the ideas came from.

One only has to visit Twitter to see how sectarian the debates have become within the party. I am a firm believer that in order for us to deliver a Labour government we must first reset the party, break down the barriers between members and work together constructively with shared objectives. Attacking each other for daring to have different views just plays into the hands of the Conservatives. I think the diversity of our membership can be our biggest strength.

In the first stage of the election, candidates needed five local party (CLP) nominations to proceed. From day one, it was clear that the current NEC election system is heavily weighted against independent candidates. While those standing on slates benefit from increased visibility in unofficial Labour publications and far-reaching, well-funded promotional campaigns, independent candidates are left with nothing but their own ingenuity to garner the necessary nominations to reach the ballot.

Over several weeks, I compiled a list of email addresses for 90% of CLP secretaries enabling me to reach out with my promotional leaflet. Imagine my surprise when many secretaries responded that it was too much work for them to share candidate material with their members. In those circumstances, it was inevitable that members in those CLPs would simply vote for those on the slates because they were the only candidates they were truly aware of.

Two CLPs – Perry Vale and South East Cornwall – held virtual hustings, which were brilliant and gave all candidates the opportunity to present themselves on a level playing field. Others sent over questions from their members, which I was happy to answer. Sadly, though, these were the minority.

Labour Campaign for Electoral Reform and other Labour groups that supported my NEC commitments became valuable allies in helping me to secure enough CLP nominations to make the ballot along with 41 other candidates, 18 of whom were also independents. In the ballot stage, the slates once again flexed their resources, networks and financial muscle, emailing and texting Labour members the names of their candidates at regular intervals and running sophisticated social media campaigns. An independent candidate cannot possibly compete with that.

The Labour Party stands for fairness in society and giving everyone an equal opportunity to succeed, but in this election money was the main driver. Not one independent won election to the NEC even though they accounted for 44% of the candidates. LabourList, to its credit, gave all candidates the opportunity to write about their candidacy but far more needed to be done to make these elections a fair fight. The painful truth is that these seats on the NEC were bought, and that is not good for our party.

In the end, I finished 16th – the third highest placing of any independent candidate, and ahead of some who stood for the main slates. Some articles I have read since the election have suggested that all independents did badly, not taking into account any of the additional challenges they faced or the huge achievement of finishing higher than those on a slate. I cannot help but wonder how independents would have fared had the system been fairer.

Labour must review the rules that govern internal elections to make them more democratic. I would recommend that CLPs must nominate at least two independent candidates, and at least 10% of CLP representatives on the NEC should be independent, to ensure that the entire membership has a voice. Spending by all candidates should be limited to create a level playing field and prevent those with financial backing from having a disproportionate influence over the outcome of elections and the direction of our party. Finally, the Labour Party should host virtual hustings for all candidates that reach the ballot stage to give everyone a fair hearing. 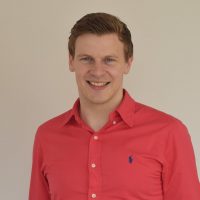 Matthew Blakemore is a committee member of the Swedish chamber of commerce.

View all articles by Matthew Blakemore