Like many trans people within the Labour Party, I have been horrified to see trans liberation becoming a divisive issue amongst the membership. Transphobic motions have been repeatedly passed by Constituency Labour Parties without response from the outgoing national executive committee. Recently a Labour MP has had two members of staff resign over her transphobia, and a moral panic continues to surround the Labour Party’s position on the Gender Recognition Act – a minor piece of legislation that has little to no impact on the lives of most trans people, let alone anyone else. All of this has been greeted with near silence from the leadership of the party.

This takes place in the context of increased hostility towards trans people in the UK and around the world. Trans people are more likely to experience the lasting impact of austerity, be it through lack of access to healthcare, safe housing or security in work. Recent reports suggest four out of five trans people in the UK have experienced a form of trans hate crime over the last 12 months. This mirrors an infamous report from 2019, which found that transphobic attacks had trebled in recent years – with almost half of these being violent offences ranging from assault to grievous bodily harm. Meanwhile, far-right governments such as in Hungary have been using the cover of coronavirus to push through policies that dangerously strip back rights for trans people.

It has been frustrating to see Labour Party members – including our allies – unable to respond effectively to transphobia when it arises within our ranks. Where there has been a backlash, it has often been only to call for suspensions of party members or staff who have expressed transphobic views. This is an understandable reaction in the context of historic lack of action from our representatives and, of course, in some cases suspensions might be appropriate. But responding to all instances of transphobia in this way risks failing to deal with the root of the problem, and can unhelpfully fan the flames of the debate, often at the expense of the people most affected.

The Labour Party should be taking political education seriously as a way of intervening in issues, like transphobia, that are dividing the membership. Political education gives us a framework for understanding how trans liberation fits within the broader struggle for socialism – something that should unite all of us. It gives us the chance to engage with people who have taken on problematic views about trans people – be it from the largely transphobic UK mainstream media, or popular culture – before they become truly radicalised. These conversations can be difficult, but if more allies were equipped to effectively challenge transphobia when it arises, trans people wouldn’t have to expend so much energy responding ourselves.

That’s why trans people within Momentum, The World Transformed, Labour Campaign for Trans Rights and the Labour Party LGBT+ Network have come together to organise a programme of political education on trans liberation. We’ve held big online events, open to everyone, and engaged hundreds of people in discussions about key issues relating to trans liberation – including the material demands trans people are making right now, why it’s important to understand transphobia in order to effectively challenge it, and why trans and non trans women should be united in the struggle against the patriarchy.

We’ve platformed trans organisers, academics and creatives from across the labour movement, alongside supportive MPs like Nadia Whittome. We’ve designed resources that people in CLPs across the country can use to deliver their own political education. Most importantly, we’ve used the programme to connect and empower trans people within the Labour Party and beyond.

We want this programme to engage Labour Party members from across the party. But we know this is not enough by itself. We need left institutions including the Labour Party, Momentum and the unions to start to view political education as an important tool to tackle transphobia, supporting trans people and our allies to deliver training and resources to their many thousands of members. This is what meaningful allyship looks like in the context of the rising threat faced by trans people around the world.

If you are a trans person who wants to get involved in helping build this programme, please drop us a line on [email protected]. You can register for our next event, ‘What even is transphobia?’, taking place on Thursday 17th December from 6pm to 7pm here. 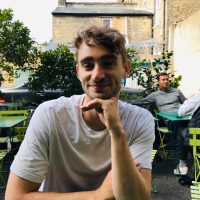 Fergal O’Dwyer is on the steering group of The World Transformed and helping to organise a programme of trans political education with Momentum, Labour Campaign for Trans Rights and Labour LGBT+ Network.

View all articles by Fergal O’Dwyer