Boris Johnson has U-turned on the reopening of schools, cancelled exams and announced that England will enter its third national lockdown to last until mid-February in light of rapidly rising Covid cases across the country.

After having discussed the situation facing the UK with Labour leader Keir Starmer, and after a cabinet briefing held at 6pm, the Prime Minister unveiled new restrictions in a televised coronavirus briefing this evening.

The Prime Minister told those watching the statement: “With most of the country under extreme measures, it’s clear that we need to do more together to bring this new variant under control while our vaccines are rolled out.

“In England, we must therefore go into a national lockdown which is tough enough to contain this variant. That means the government is once again instructing you to stay at home.

“You may only leave home for limited reasons permitted in law such as to shop for essentials, to work if you absolutely cannot work from home, to exercise, to seek medical assistance such as getting a Covid test or to escape domestic abuse.”

Johnson argued that the measures had been made necessary by the new Covid variant, described as “between 50% and 70% more transmissible”. He added that “hospitals are under more pressure from Covid than at any time since the start of the pandemic”.

Under the new rules, all non-essential retail must close or remain closed, support and childcare bubbles will remain in place, playgrounds will remain open but outdoor sports – golf, tennis and gyms, for example – will be required to close.

Shielding guidance will return for the 13 million people across the country identified as “extremely clinically vulnerable”. People in this group were not required to shield during the last national lockdown in November.

As well as telling the public that primary and secondary schools, along with colleges, will now remain closed with remote learning in place instead, “alternative provisions” will be made for exams due to be sat this summer.

The Prime Minister argued this evening that it is “not possible or fair for all exams to go ahead this summer” and announced that the government will work on the alternative arrangement with exams regulator Ofqual.

Johnson stressed during the briefing that this lockdown, the third since the virus first arrived in the UK, is different to the previous two as the UK is now equipped with a vaccine providing the country with a route out of the crisis.

He claimed: “By the middle of February, if things go well and with a fair wind in our sails, we expect to have offered the first vaccine dose to everyone in the four top priority groups identified by the joint committee on vaccination and immunisation.

“That means vaccinating all residents in a care home for all adults and their carers, everyone over the age of 70, all frontline health and social care workers and everyone who is clinically extremely vulnerable.

“If we succeed in vaccinating all those groups, we will have removed huge numbers of people from the path of the virus. And of course, that will eventually enable us to lift many of the restrictions we have endured for so long.”

The Prime Minister went on to warn the public that “we should remain cautious about the timetable ahead” but added that “not only is the end in sight, but we know exactly how we will get there”.

The measures outlined by Johnson come after pressure on the government to reverse its position on schools and take further action to halt the rising number of cases, which have now surpassed the number reached in the April peak.

Johnson conceded during an interview on Sunday afternoon that the Covid tier system of restrictions was “probably about to get tougher” after the country reached record-high numbers of daily coronavirus cases in recent days.

The number of people who tested positive reported on January 4th was 58,784 – the highest since the pandemic began. Daily hospital admissions stand at 2,434 while the latest daily total for Covid-related deaths is 407.

The briefing from the Prime Minister this evening also followed anger from trade unions at the insistence on keeping schools open. Six trade unions issued a joint statement this morning calling for a pause in schools reopening this week.

GMB national secretary Rehana Azam described it as “embarrassing that just a day after he took to the airwaves to defend the indefensible and peddled false claims that schools were safe, the Prime Minister is now hastily bolting their doors shut”.

UNISON general secretary Dave Prentis welcomed the measures announced tonight as necessary and said “now the new rules are here, we must all do our bit”. He added, however, that “the government should have acted sooner”.

Nicola Sturgeon earlier this afternoon confirmed that Scotland would enter its own national lockdown, with a legal requirement to stay at home from midnight tonight that will remain in place for at least the entirety of January.

Starmer demanded on Sunday a fresh national lockdown, and this afternoon came out in favour of shutting schools as part of the lockdown proposal shortly before Johnson announced he would unveil new measures to tackle the rising cases. 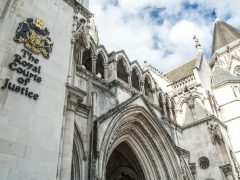