Gordon Brown recently declared that it would soon be impossible to hold together our multinational UK of distinctive nations and regions within the straitjacket of a centralised state. During the current public health emergency, it is understandable that constitutional reform is not an issue on many people’s minds. However, it would be a mistake to underestimate its importance and impact on the perception of government across the UK.

In Wales, the growth of Yes Cymru is evidence that increasing numbers of people see Westminster and the Union as an increasingly Anglocentric, London-based institution with which they struggle to identify. There is also a disconnection, which is now increasingly evident in the regions of England. The recent announcement by Labour leader Keir Starmer of the establishment of a constitutional convention for the whole of the UK is momentous. It represents a growing recognition that our existing structures are failing and that radical reform is now essential.

Brexit has catalysed the urgency for reform. As with the Hans Christian Andersen story of The Emperor’s New Clothes, leaving the constitutional umbrella of the European Union has suddenly exposed the nakedly dysfunctional nature of our governance for all the world to see. With a centralist Tory government in Westminster, clawing back devolved powers through the Internal Market Act and now the EU (Future Relations) Act, the scene is set for increasingly acrimonious dissatisfaction and dissent, which could lead to the eventual break-up of the UK.

With Scottish opinion increasingly embracing independence, English regions demanding greater regional autonomy, Northern Ireland moving closer to economic union with Ireland and growing calls for independence in Wales, it is now time for a new progressive agenda. For too long, this debate has been channelled by political parties and groups through the myopic parameters of either an outdated separatist model of independence or an increasingly hardline British Unionism.

First Minister and Welsh Labour leader Mark Drakeford will today give an introduction to a report published by an independent group of Labour members and civic activists proposing a new agenda, a ‘radical federalism’. At the heart of the report lies a frustration with the narrowness of the current choices and options for reform and the absence of a clear Labour strategy for reform.

Decentralisation of power is at the core of the paper, together with the empowerment of people and communities over the decision-making processes that affect our lives. This isn’t a new philosophy. Aneurin Bevan, architect of our NHS, wrote many decades ago that the purpose of securing power was to give it away. Devolution has contributed to this process in Wales and Scotland but has now reached the limits of its useful purpose.

Merely creating parliaments in Scotland, Wales and England as mirror image versions of Westminster will not in the future deliver the scale of empowerment we all want to see without the continuance of strategic decentralisation and an expansive role for local government. The paper calls for governance across the UK to be transformed in the way that we govern ourselves, how we sustain and protect the environment and how we safeguard and extend fairness, justice and equality throughout the nations, regions and communities of the UK. This decentralisation would be aimed at delivering power, wealth and opportunity back into the hands of people and communities. Manchester mayor Andy Burnham recently summed up the growing resentment in the regions of England: “What we need,” he said, “is more devolution so that more places like Greater Manchester can be masters of their own destiny”.

The structure of the UK would be based on a voluntary union of nations with subsidiarity at the core, so that a reformed federal UK would only carry out those strategic tasks that could not be best performed at a more local level. A fair share of resources and prosperity across the UK with a needs-based financial settlement and a UK-wide framework would guarantee minimum and common standards in health, social welfare, human rights, education and housing. The Lords would go, to be replaced by a modern and effective chamber of the nations and regions, and there would be an end to the patronage and privilege that has been increasingly abused over the past decade. Inherent in any reform would be European-style improvements to industrial democracy and the establishment of ethical employment standards.

For Wales, in any convention or debate on reform, we must be able to decide our own future. This means having our own convention to decide what the people of Wales want to see in a new reformed federal UK, if that is our choice. The paper aims to catalyse a debate in the Labour Party, and more broadly in civic society across Wales and the UK, for a progressive socialist alternative beyond the current choice of least bad options. This policy would focus on the real empowerment of people and communities, and begin to provide substance to the developing debate.

The challenge for Labour is to show leadership and deliver a convention that can reach out across parties and engage with a diverse range of political, civic and progressive organisations to develop a new reform agenda for a future radical federal UK. 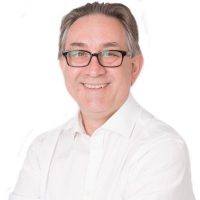