Even in the midst of the global anti-democratic wave, we find hope and the key to democracy’s recovery: it is called deliberative democracy. The next great evolution of democracy, following on from the century-long battle for “votes for all”, is to use the processes of deliberation to meaningfully re-engage citizens in our own governance. It is process, not policy, that we are short of. Our dysfunctional institutions find it impossible to self-reform; we can help them become fit for purpose by thoughtful citizens engagement.

All parties agreed in their 2019 manifestos that we need a review of our democracy to transcend the complacency, elitism and populism that threaten its very existence. Saving our democracy is a project that, if it is to be sustainable, must go beyond the party comfort zone and reach out to include democrats of all parties and none. Citizens’ deliberations are not vehicles for partisan or single-issue protests but for serious, practical recommendations, broadly supported and linked to real political outcomes. Again, regardless of political badges, we must include not just citizens and parties but the governments and parliaments that will deliver change. Such partners agreeing in advance each step of the way will ensure they will be completely confident that deliberation is a welcome improvement of our democracy, not a threatening alternative to it. We need to do this now: after the next election will be too late, so as Hillel is reputed to have said, “If not now, when? If not me, who?”.

What is deliberative democracy? It is tasty and nourishing slow-cooked politics, the antithesis of our present fast food McPolitics. Deliberation is where a microcosm of the nation, region or locality propose recommendations on a given policy area for consideration by legislatures. In essence, a group of 80 or so citizens, transparently and scientifically selected, come together to conduct – in the words of deliberative democracy professor James Fishkin – “democracy in good conditions”. They are properly fed and watered, travel costs paid, even a small honorarium of thanks and a decent hotel for however many weekend days it takes them. Perhaps most importantly, citizens don’t bring the baggage and prejudices of political parties with them. A point is made to discuss issues respectfully and with good manners with the seven or eight people on your table, a mind-opening counterpoint to the yah-boo of the House of Commons chamber and the distortion of political and anti-social media spinners.

The wonderful thing is that deliberative democracy is actually working and gaining traction in the UK and across the globe. The record shows that “everyday people“ like us are, with balanced briefing and professional facilitation, perfectly able to take forward issues found to be intractable by usual political processes. “Give us your toughest problem“ is the challenge from deliberators. Scores of democratic deliberations are now underway or successfully completed, for example on abortion in Ireland, nuclear power in South Korea, energy policy in Texas, social care in Northern Ireland, waste recycling in South Australia, the UK parliament’s own climate change assembly and three UK government sponsored local deliberations in Dudley, Cambridge and Test Valley, which are spawning many others.

Finally, deliberators hand their finished gift to MPs, our elected representatives, to do their part – to consider, amend and decide. Hitherto these representatives that we elect have been hamstrung by whips, tribal party loyalties, electoral short termism, lobbying and campaigning money, and the need to daily feed the media beast, to the extent that they are often unable to step back and think. I know, since I was one for 30 years. Hence, far from feeling frustrated and squeezed out as they are now, representatives actually welcome the new democratic dyno-rod of deliberation to unblock our constipated political processes. They see that renewing a trusted, mutually respectful pre-legislative partnership with citizens strengthens them to get the job done that we elected them to do.

In the UK, the independent Citizens’ Convention on UK Democracy with senior all party support has been working out how to use deliberative processes to enable citizens to help review our UK democratic institutions and to discuss with government the political endgame to deliver change. Our proposal has been sent to the Prime Minister and party leaders for consideration. We will continue to work across the political spectrum to create an effective and inclusive review.

An agenda for citizen’s deliberation agreed with the government might include the second chamber, devolution, improving voter engagement, clarifying “who does what” in our politics and much else. The joint ambition is to go beyond the “40 white guys in Philadelphia” model and, using traditional and the latest online techniques, back up our groups of 80 citizens by engaging with potentially millions of founding mothers and fathers in an irresistible UK national conversation on improving our democracy.

This independent process means that these initial recommendations will be citizens’ proposals, not yours or mine or those of our favourite political party. Of course, each party will still be able to do its own policy development in isolation – but even here to become credible it is important that parties meet the highest standards of citizens’ engagement, including transparent recruitment and impartial facilitation.

Parties must move away from what often feels cliquey, defensive and top down, with outcomes often pre-emptively set out before the first discussion. We can do better. Deliberative democracy is not politics like we used to do, it is politics that every civilised society should aspire to do. Labour should be confident enough in its democratic vision to play its full part. 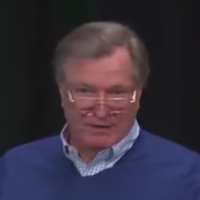 Graham Allen is convener of The Citizens’ Convention on UK Democracy. He was Labour MP for Nottingham North from 1987 to 2017, and chair of the parliamentary select committee on political and constitutional reform from 2010 to 2015.

View all articles by Graham Allen