Exactly 100 years ago, trade union leader Mary Macarthur died on January 1st, 1921, aged just 40. Her early death robbed the British labour movement of the most charismatic female leader of her generation. Had she survived, she would almost certainly have joined Margaret Bondfield as a female minister in the first Labour government. The Times described her as “one of the most striking personalities in the labour movement”.

Popular memory credits the Suffragettes led by Emmeline Pankhurst and her daughters, especially Christabel, as the leaders of the campaign to emancipate women. Whereas Emmeline Pankhurst initially wanted votes for women on the same basis as men, therefore only for middle-class women, Mary was always committed to the suffrage being widened to include working-class men and women. Christabel Pankhurst, in particular, despised and defamed Mary Macarthur because her politics were firmly rooted in class rather than gender.

Mary was the daughter of a draper in Glasgow. Initially, she shared her father’s conservative views and even became active in the Primrose League, which promoted conservative and imperialist values. She had ambitions to become a writer and her local newspaper sent her to attend a trade union branch meeting to write a “skit”. She left the meeting a convert, joined the union, and within months became branch president, all before her 21st birthday.

Over the next 20 years, she dedicated her life to the Labour and trade union movement. She supported the rights of sweated female workers at home combining low pay and long hours with childcare. At first she encouraged women to join male trade unions, and to get male trade unionists to welcome women as members. In 1906, she established the National Federation of Women Workers and edited the weekly Woman Worker newspaper.

Mary’s inspirational leadership of the 1910 women chain makers’ dispute in the Black Country bought women’s trade unionism to international attention. By then, just 30 years old, she used her writing, organising and campaigning skills to create a national cause that drew financial support from Bishops to football crowds. The chain makers’ dispute was just one of many struggles and her ”sweated industry” exhibition in London brought a wider understanding of the exploitation of women home-workers, often making luxury goods.

During the First World War, despite her own reservations, she worked with the coalition government, employers and unions to ensure that women were able to fill many of the gaps left by the men fighting at the front. She understood the reservations of male trade unionists, and worked hard to ensure that women were not used to undercut men’s pay and would receive equal pay for work of equal worth.

Mary became one of the first women to stand as a parliamentary candidate when she was selected by Labour in Stourbridge in the Black Country to fight the 1918 general election. By then, Mary had married William Anderson, a Labour MP for Sheffield Attercliffe. The returning officer insisted that she would appear on the ballot paper as Mrs W. C. Anderson, and this almost certainly cost her votes.

“I do not apologise for my sex. It takes a man and a woman to make the ideal home; and I believe they neither can build the ideal world without the help of the other. In the new parliament, where laws affecting every household in the land will be framed, the point of view of the mother, as well as the father, should find expression.

“If I am returned to the House of Commons, I shall try to voice in a special sense the aspirations of the women workers of this land, to whose cause I have been privileged to devote my life, and who, in every industrial centre in the United Kingdom and Ireland, are voluntarily contributing their pennies to the expense of my candidature.

“I shall also feel entitled to speak for the woman whose work never ends – the woman in the home, who faces and solves every day a multitude of problems – the woman who has been too often neglected or forgotten by politicians, the mother of the children upon whom the future pride and strength of the nation depends.

“At the same time I shall not be deflected from my duties to my constituents, men and women.”

She was also on the receiving end of a vicious campaign, secretly financed by the Tory party, from a false flag “Labour and Democratic” candidate. His lies, taunts and language were similar to the online trolling familiar to many women in politics today.

Mary didn’t win her seat in parliament, her husband William lost his, and within a few weeks he died from Spanish flu. After a short rest, she was again working for her members and negotiated the amalgamation of the National Federation of Women Workers with the General Workers Union, the forerunner of today’s GMB.

Sadly, during 1920 Mary developed cancer and after a difficult illness, which she bore with great courage, died on the same day that the NFWW formally ceased to exist. She remains an inspirational figure for trade unionists everywhere. 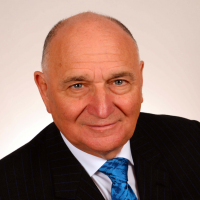 View all articles by David Hallam