It was Boris Johnson’s first speech as Prime Minister, in June 2019. “I am announcing now – on the steps of Downing Street – that we will fix the crisis in social care once and for all, and with a clear plan we have prepared to give every older person the dignity and security they deserve,” he said. 18 months later, it is clear that it was nothing less than a lie. No such plan ever even existed, and tens of thousands of vulnerable people have died, victims of a virus that has cruelly exposed the appalling state into which social care has been allowed to wither.

This global pandemic has of course tested the resilience of even the best social care systems – but over the last year it has clearly demonstrated the key problems with our own care systems – misunderstood, overly centralised and criminally underfunded.

Coronavirus hit our country like a sledgehammer. Everything seemed to change overnight, with millions of people suddenly working from home, and every pub, restaurant, and non-essential retail outlet closed. But the social care system can’t work from home. Hundreds of thousands of care staff – many on minimum wage – continued to offer care and support to the vulnerable despite the obvious personal risks. Many others also rose to the challenge, especially the community, voluntary and faith sectors – from carrying out ‘safe and well’ checks and wellbeing calls to delivering food to those shielding and needing extra support.

An immediate problem was the national failure to provide personal protective equipment. For many months, local councils and our care providers struggled to get the PPE supplies needed. The national pandemic stockpile turned out to be too small, and in poor condition. Some of the emergency PPE supplies procured by Whitehall turned out to be useless as they didn’t meet safety standards. The ‘Amazon-style PPE supply system’ repeatedly promised by ministers simply never appeared. Councils were forced to step in, working with local partners to ensure they received PPE.

Evidence emerged that national decision-makers simply did not understand the role of social care, but instead just treated it as an extension of the NHS. The forced decanting of sick elderly people from NHS hospital beds into care homes, without testing them for coronavirus, led to thousands of preventable care home deaths. This rightly garnered huge media coverage, but there was little understanding that most recipients of social care don’t line in care homes, but their own homes – and that domiciliary care workers needed support, too.

Perhaps the most disastrous example of the governments failure to work with local government was the failure of the test and trace system. An effective system should have been central to efforts to control the virus until a vaccine could be rolled out. Councils are already responsible for public health, and had the local knowledge and expertise needed to make contact tracing a success. Councils’ pleas to lead test and trace were ignored by health ministers, who instead spent £22bn on a centralised private sector-run system that simply never worked – and lost control of the virus as a result.

Councils that set up their own systems immediately showed why this decision was so catastrophic, using their local knowledge to successfully trace cases that the national system couldn’t. The difference was stark: in October, the national test and trace system managed to trace just 54% of reported contacts; in the same month, councils were able to trace 97% of these missing contacts.

But the long-term problem with social care is a lack of funding. The pandemic amplified these deficits, but they existed before the pandemic hit. Local councils’ tightening of eligibility criteria since 2010, in response to huge Whitehall cuts to their budgets, means about 1.4 million people who currently need help don’t get it. Providing the care these people need would cost at least £8bn a year in England, and to go further, for instance to introduce free personal care for everyone, would likely cost a further £7bn.

Coronavirus may have highlighted the fault lines in our social care system, but they existed before the pandemic, and Boris Johnson did nothing to address them. The Conservatives’ repeated mishandling of this crisis shows they can’t be trusted to correct their mistakes. It will be up to us to learn the lessons of the past year and produce a genuine plan to fix our broken system. Local government again stands ready to lead the way. 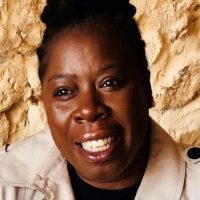 Paulette Hamilton is cabinet member for health and social care on Birmingham City Council, and a councillor for Holyhead ward.

View all articles by Paulette Hamilton