This month is LGBT+ History Month, an opportunity to learn and recognise the people, movements and struggles that have advanced the cause of LGBT+ liberation thus far. Yet across the country, millions of students will still never have even a glimpse into the long history of oppression, identity and the fight for love as the legacy of Margaret Thatcher’s Section 28 still looms over our curriculum and education system.

Russell T Davies’ new series It’s A Sin has beautifully encapsulated the horrors and traumas of the AIDS epidemic for millions of us who were never there and until now had never been taught it. Its power as a series rests in its role as a stark reminder of how little many of us ever knew, brought to tears by only now processing the reality of that tragedy. It is in no doubt that, if the majority of those thousands of lives lost during the ’80s and ’90s had been heterosexual, the AIDS epidemic would have become an inseparable part of the volksgeist of the nation.

Instead, there is still no national monument to the epidemic, with few physical reminders of that loss or adequate cultural representation. Its memory lasts almost entirely preserved in those who survived it. In 14 years of primary and secondary education, I never once heard even a passing reference to the AIDS epidemic, never once heard the words Gay Liberation, Stonewall Riots or the name Marsha P Johnson. Young LGBT+ people everywhere have had our entire community and its rich culture airbrushed out of history, deprived of knowing the people to whom we owe our lives and freedoms today.

As it stands, outside of Scotland there is no provision for LGBT+ history in the curriculum and our current Tory government seems unlikely to change that. They prefer to rally for a culture war, from equalities minister Kemi Badenoch threatening schools with legal action for teaching critical race theory to attempting to fuel transphobia for electoral gain. The Conservative Party will always be the party of Section 28, so the duty falls to Labour through meaningful action to prove it is truly the party of equality. For the sake of an entire generation of young LGBT+ people, the Labour Party owes it to us to demand that LGBT+ history becomes part of the curriculum and ensure it is in our next manifesto if the Tories refuse to act. It’s a policy that has the power to forever change what it means to grow up LGBT+ in this country.

It is too easy to forget that it was just over 30 years ago when Tory MPs could openly applaud the firebombing of gay businesses and council leaders could call for gay men to be sent to gas chambers. It is too convenient for some to forget their opposition to basic principles of equality, such as an equal age of consent and equal marriage, while many of those who opposed that progress still serve in our parliament unscathed and remorseless. Those battles and the people that fought them deserved to be remembered and taught in every school in the country. Using their legacies, we can fight back against the persistent presence of homophobia and transphobia in our schools, where 44% of all young LGBT+ people have considered suicide, 65% have experienced bullying and 97% have regularly heard homophobic language.

We are witnessing today a shameless repeat of the intense hatred of the ’80s and ’90s towards trans people. The same lies, slurs and tabloid hysteria that we thought were withering away have found new life in transphobia. Both within and outside of our party, its presence is endemic. But using our history, we can help to counter these hateful narratives and expose the flagrant bigotry that is rampant even within the Parliamentary Labour Party.

Labour’s relationship with the LGBT+ community is far from perfect; activists had to fight those battles for equality often just as hard within the party as outside it. Neil Kinnock’s press secretary Patricia Hewitt once claimed that “the gays and lesbians issue is costing us dear amongst the pensioners”. Yet Labour at its best can be an effective voice for the community.

From Lesbians and Gays Support the Miners (LGSM) to the Gay Liberation Front and the Labour councils that served as bastions against the onslaught of Thatcher’s homophobia, our movements are intertwined. We should remember that history and cast aside any rhetoric that does not put the interests of the marginalised above all else. This policy may only be one step in a wider struggle, but it is far from an insignificant one for the millions of young and often scared children growing up LGBT+ in an education system that seemingly denies their existence. 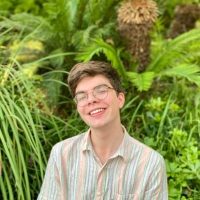 Ben McGowan is a Labour member and University of Manchester Rent Strike activist.

View all articles by Ben McGowan