I won third place in Scottish Labour’s Lothian list selection this week. Given that I am a young, disabled, first-time woman candidate, and third place in Lothian is a winnable seat, this was a huge achievement. This could have been a success story for inclusivity within the Labour Party. But I was zipped from third to fourth, in favour of a man who came fifth – in the name of equity.

Let’s be clear, positive action on gender exists to address a historical and ongoing marginalisation of women’s political representation. Any system of zipping that allows women to be pushed down in favour of men serves to reinforce the problem, not address it.

Why? Because it is not necessary for parity to be the goal. When deciding on, and now defending this system, members of our Scottish executive committee (SEC) have claimed that they received legal advice suggesting the party would be open to legal challenge if it took steps that achieved more than parity.

However, the Equality Act 2010 makes explicit reference to the ability of organisations to take “disproportionate” action in one area in order to address disproportionality elsewhere. For example, an all-women media company to address the lack of women in broadcasting. Or, say, all-women shortlists in addition to open selections where women can stand to address a lack of women candidates.

It can only be assumed, therefore, that the party thinks it more likely that men will take them to court for discrimination than women. I have been zipped down because of my gender – do you think I might have a case?

A weak fallback that some have convinced themselves of is granting men the ability to “step aside, brother” as a route to women being placed higher. Throughout history, men could have stepped aside, and have not, and relying on this rather than taking genuine action simply concedes more power to men.

In Lothian, one man has done the right thing already. Nick Ward came sixth and was zipped up to fifth.  He recognised the unacceptability of that outcome and stepped aside, restoring the order between himself and the woman that was disadvantaged. It is currently the decision of the man placed third in Lothian, Foysol Choudhury, as to whether I can take the place that I won.

Not only does the “step aside, brother” dream give more control to men, it is also ugly. These conversations should not be played out among individuals. The rulebook should be clear and fair, not leaving decisions to the whims of individual candidates.

In Lothian, this has caused additional strain because the man who has been placed third represents a BAME community. However, the argument that this gives him legitimacy falls short on two counts: firstly, it is an unintended consequence of gender zipping and not a sign of it “working”; secondly, it entirely erases my own disabled identity from the equation. It would be fantastic to have either a BAME or a disabled candidate in third place, so why not the woman who won it?

The SEC also discussed other equalities measures within the list selection process that might have addressed characteristics other than gender, as well as those designed to increase representation of key workers. Sadly, they chose not to implement any of them.

All lists are provisional until the SEC meeting on February 14th, where I hope the Lothian case will be reviewed. Longer term, we need a thorough review of our selection processes with full transparency from the party on a range of questions.

It is difficult to claim to be the party of social justice while permitting rotten systems under our own roof. To those kind souls who have told me “your time will come”, I say my time is now. To Foysol Choudhury, I say step aside, brother.

Foysol Choudhury was offered the opportunity to respond to Maddy Kirkman’s piece.

“Ahead of the 2021 Scottish parliament elections, the Scottish executive committee set out to ensure that 50% of regional lists would be led by women. Male candidates were asked prior to the selection results being announced whether they would wish to vacate the top position on the list in favour of the highest placed female candidate. This was an entirely voluntary mechanism, which the SEC were also clear must not be used to pressurise individuals unfairly.

“Scottish Labour is committed to equal representation in the Scottish parliament, and our team of constituency and list candidates in the 2021 election will reflect this objective – including with 50% of regional lists led by women.” 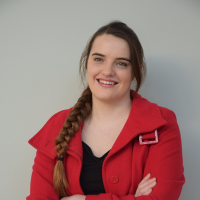 Maddy Kirkman is a Scottish Labour candidate in the 2021 Holyrood elections for the Lothian list and Edinburgh Central.

View all articles by Maddy Kirkman