The Supreme Court ruling that Uber drivers must be treated as ‘workers’ with employment rights, rather than ‘self-employed’, is a landmark decision. It is a massive achievement that will benefit gig economy workers across the country, and it is thanks to years of hard work by the trade unions.

For too long, the likes of Uber and Amazon have been getting away with gaming the system. They have tried to pretend that people who work for them aren’t, in fact, workers who are entitled to basic rights, including a fair wage, holiday and sick pay, safety and job security. This was always morally wrong; now the court has ruled it is also legally wrong.

For the last ten years under successive Conservative governments, this mistreatment of workers who deliver vast profits for these companies has been allowed to go unchecked. On their watch, there has been an explosion of exploitative zero hours and insecure contracts.

To deny them these rights not only has a devastating impact on their lives and wellbeing, it also has a disastrous impact on wider society and is plain economic illiteracy. As Keir Starmer said in his speech this week, the Tories’ failed ideology has weakened the foundations of our society. They simply cannot be trusted to rebuild a fairer and stronger society as we recover from the pandemic.

If you want to know where improving conditions for people at work ranks on the list of Tory priorities, take their long-promised employment bill. It has been postponed indefinitely. When asked the big questions, the Conservatives have no answers.

The contract with the British people, that their hard work would enable them to get on in life and give them the dignity of being able to provide for themselves and their families, has been broken. Labour would mend it.

Last week, I launched a new taskforce with the trade unions to develop our agenda on workplace rights and shape a new deal for workers after the pandemic. Central to our purpose is that every worker is entitled to the kind of things employers like Uber try to withhold, and to help Britain recover and rebuild.

This court judgment is a signal that as we build forward out of the pandemic, we can and must build a better, more secure future. 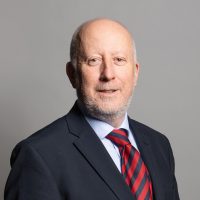