The way that Jackie Weaver was treated in Handforth was awful. And while I don’t know whether she actually did have the authority, this wasn’t the only authority struggle happening recently. This article is an attempt to address this in a more constructive way than the bullies in Handforth.

I live in Streatham, south London, and the Streatham Labour Party has recently found itself at the centre of a crackdown on local party democracy by London region. When, in line with Labour’s national executive committee (NEC) guidance, the current elected Streatham local party officers notified region of their intention to hold an annual general meeting (where the coming year’s executive officers are to be elected) on March 4th, the office responded by attempting to take control of the AGM, demanding that it manages the sign-ups to the meeting, controls the Zoom call and administers the online voting system used to elect officers.

Many major events have been successfully overseen by Streatham’s current elected CLP officers. This includes running the CLP leadership nominations as well as the selection of Streatham’s current MP, popular former shadow immigration minister Bell Ribeiro-Addy MP, with a meeting attended by almost 600 voting members. This happened after our previous MP Chuka Umunna left the party to found Change UK, which didn’t go so well.

As well as the official procedures that have been successful, it has been an exciting time for democracy and socialism in our area. We’ve seen lots of local organising, mass campaigning, visits from big names including Laura Pidcock, John McDonnell, Jeremy Corbyn and the poet Ben Okri, and regular screenings of political films followed by panel discussions and debates.

The current officers were also part of the successful campaign for the democratic change from a ‘delegate’ voting system (GC meetings) to an ‘all-member’ voting system where each member gets a vote (AMMs). This made the elections of officers more democratic and available to newer members who don’t have years of networking behind them.

To take control of the constituency’s AGM off the back of this success, a lot of which has been in very challenging circumstances due to the pandemic, seems a harsh punishment for hard-working Labour Party volunteers. They’ve also had to continue for much longer than they had originally agreed to serve for because of extensions due to the pandemic.

I do not believe that London region has the right to interfere in the management and elections of CLPs that are not in ‘special measures’. Streatham’s CLP officers complained to Labour’s regional executive committee and NEC, and both bodies ruled in the CLP’s favour at the end of 2020, repeatedly overruling region in writing. Still, plans to control Streatham’s March 4th AGM continue.

The Zoom era is posing new challenges for local democracy. As one of the first CLPs to hold an AGM since the Covid-19 disruptions, what’s happening here could be replicated elsewhere. This has already been seen in the recent AGM in Bristol West. If unexplained external interference can happen in a CLP with as strong a record as Streatham’s, it can happen anywhere. Members must insist on their democratic rights to organise their own meetings in accordance with the rules and stand up for the integrity of the Labour Party’s democratic processes.

LabourList contacted London Labour, but the regional office chose not to comment on the piece. Other party sources have told LabourList that London region has the right to take action as it is responsible for ensuring that local parties run smoothly, and that this was the basis for intervening in Streatham. 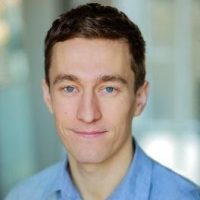 Jason Bond is a member of the Labour Party in Streatham.

View all articles by Jason Bond