79 years ago, in my home City of Leeds, Herbert Morrison delivered a speech that is frequently overlooked in the story of how Labour flipped the odds and won the 1945 general election. He understood that Labour had not only to build a broader coalition of support, but that to do so we needed to better articulate why the country should turn away from Winston Churchill’s popular wartime leadership.

Morrison was instrumental in drafting Labour’s offer, Let us Face the Future, recognising that “the nation needs a tremendous overhaul, a great programme of modernisation and re-equipment of its homes, its factories and machinery, its schools, its social services” but that to win permission from the country to carry out this programme, the party must be trusted. “The Labour Party makes no baseless promises. The future will not be easy. But this time the peace must be won. The Labour Party offers the nation a plan which will win the Peace for the People.”

Labour made the right judgement about the mood of the country in 1945 – the war had had a devastating impact, but people were glowing in victory – the country looked to the future with a spirit of optimism and hope. Labour spoke to that with an offer to nationalise industry, create the NHS, implement the findings of the Beveridge Report, and rebuild millions of new homes including those damaged or destroyed by the Blitz.

In 2021, as the country dares to hope that the Covid pandemic may be coming to an end, what should Labour do now to work towards victory whenever the next general election comes?

We must accept the scale of the challenge. Less than two years ago, we lost by almost 3.7 million votes, by 11% vote share, and finished 163 seats behind the Tories – nobody could fail to acknowledge that we have a mountain to climb. But we can win. There is no rule that says the mountain is too steep, so now is not the time to lose hope. It’s time to chart the course to the summit.

There are three things that ought to be central to our efforts. First, we must show that we own the future.  We must demonstrate that in a vastly changed world, it is Labour that has the ideas and the vision not just to build back better, but to build a new future. As part of that, we must respect our own past – all of it – knowing that leaders who trounce their forebear’s efforts start with an inbuilt disadvantage. But whilst we respect everything that has gone before, the past is not what we are putting on offer: we need to own our future, too.

Second, we must start building that vision now, and we cannot wait until a few months before the next election to set out our stall. When I sat on Labour’s joint policy committee, I always supported the leader’s view that releasing manifesto commitments early was a hostage to fortune. But at this time people already understand and accept the scale of the future challenge facing the country. It was laid bare in Rishi Sunak’s recent Budget; we know what the challenges are, and my sense is that people want our answers now, too.

We should focus on the following key challenges:

Third, we must accept that for some Boris Johnson will always be a likeable, charming leader.  The scruffy hair is no accident – it is part of a carefully crafted brand – but I believe the shine will wear thin. So, let’s get after him. He’s an intellectual and political lightweight, surrounded by incompetents. It is right to lend support to a Prime Minister during a national and international crisis, as Morrison did with Churchill, but now is the time to build a ‘Sack Boris’ campaign – hopefully, that’s something we can all agree on and get behind. 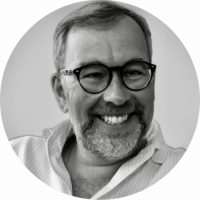 Jamie Hanley is a trade union lawyer and and was Labour's candidate for Pudsey in the 2010 and 2015 general elections.

View all articles by Jamie Hanley