After a year of being isolated from friends, family, our community and allies, we know that Pride this year will be more important than ever. A moment of celebration and relief after an incredibly difficult and traumatic time for everyone, for many Pride season will also mark an escape from being forced back into the closet during the pandemic. But also, whilst we have come far, at its heart Pride has always been and remains a protest. That’s why we at LGBT+ Labour are incredibly concerned about the government’s police, crime, sentencing and courts bill.

You’ll know by now that the bill would limit the right to protest – a cornerstone of our democracy, and fundamental tenet of our human right to assemble – but there’s been little mention of how this would include Pride marches. These are parades that have been pivotal to our movement, crucial in achieving human rights, and critical in advancing equality for LGBT+ people. Just as they were at the time of their inception 50 years ago, Pride marches remain a protest, with LGBT+ equality far from achieved.

We are still having to fight for the right not to be subjected to conversion therapy. We still have to advocate and push for trans people to be able to live authentically – and for better protection from hate crimes. Across the world, our LGBT+ brothers and sisters face persecution and murder.

That is why every year, we have to come out loud and proud and demonstrate for our right to be equal – and to be heard. Yet this government intends to give the police power to shut down protests that are “noisy”. Marches that “disrupt” the activities of organisations and have a “relevant impact on a person in the vicinity”. Pride marches are meant to be noisy. They are meant to cause disruption. They are meant to have impact.

Drafted so widely, without care or worry about who or what will be caught in its wake, it’s not inconceivable that this bill will allow the police to shut down Pride marches at the behest of bigots – or even just one or two complaints – especially in the areas where Pride marches aren’t always welcomed with open arms. The very places where Pride is needed more than anywhere else.

The horrific scenes in Clapham last week showed us all just how far peaceful protests can already be curtailed under existing law. Extending those powers even further is absolutely terrifying. Pride exists to help force people and the world around us to acknowledge our existence, our struggles and our demands. They offer a chance for us to celebrate all that we have achieved, to represent, visualise and normalise an entire community that in living memory was for so many decades forced underground. Giving the government and the police the unchecked ability to apply dispersal orders and shutdown Pride marches is absolutely chilling.

This government is attempting to curtail one of the oldest human rights in the world, and in doing so threatens to destroy our ability to maintain and extend the freedoms we’ve fought so hard to win. This is not just a target on one human right, it’s a target on them all. That is why we want to see these proposed laws dropped, and will work day and night to ensure that our rights and the rights of others to protest are not curtailed. It is so important that we keep up this fight and say without fear that we are loud, proud, and we will not be cowed. 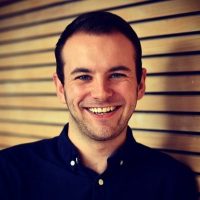 View all articles by Joe Vinson