I’m Labour’s newest councillor after winning the Alston ward contest on Longridge Town Council unopposed on Monday. Until the next set of council contests comes, I want to use this fleeting position to champion Labour in rural communities like mine.

My victory wasn’t the usual result of hours of leafleting, doorstep conversations and Dialogue calling. It happened because the local Tories tied themselves in knots. The local Conservative Party had organised ten names to trigger a formal election on Longridge Town Council but failed to submit a nomination themselves. As the only candidate who bothered to submit nomination forms, I was elected unopposed.

I’m not only Labour’s newest councillor – I’m also our newest rural councillor. Labour needs a rural revival, but it won’t happen without hard work. It needs to happen from the grassroots upwards. Parish councils are more than just Zoom calls and Jackie Weaver: they’re an essential part of rural life and Labour must take them more seriously.

My new ward is a deeply rural area. Its people are fiercely proud of our natural inheritance, the fields, landscape, ancient trees and local traditions based on that connection with the land. But people cannot eat picturesque views, and glorious landscapes do not pay rising household bills.

Labour must have a plan to re-engage with communities like mine and it starts with a simple premise: turning up. I have heard Luke Pollard, the Shadow Environment, Food and Rural Affairs Secretary, talk about this often. I sometimes wonder if he is just shouting into the wind. Is anyone listening? I hope so. Turning up isn’t just about a physical presence: it means turning up in local media, on doorsteps through campaigning and, importantly, on ballot papers.

I am a councillor because Labour turned up to submit valid nomination forms when other parties did not. Our challenge is not just to have presence for the sake of presence, but to listen to the communities that we hope to serve to win back trust. Turning up is not an action, it is a process, and it is one that my unopposed election is testament. How many other seats could Labour win simply by turning up? How many stale electoral contests could be spiced up with a Rose-clad Labour challenger? Why are there still seats where Labour doesn’t field a candidate?

Living in the Ribble Valley far from the spires and towers of Westminster and Whitehall, it is fair to say Labour can often feel too urban in its language and approach. If the party doesn’t embrace the countryside as a key part of our electoral coalition, we will remain in opposition and the Tories will remain in Downing Street.

My little Labour gain might not be breaking news, but it should point to a different path for our party. Labour once held rural parliamentary seats aplenty but at the last election we won just 17 of them. Look at the targets we need to win at the next election, and you’ll see many are countryside seats.

Labour has done more on countryside policy in the last year than since we were last in power. This isn’t an accident – it is part of a plan to turn up. The farmers in my community noticed it was Labour, not the Conservatives, who were vocal about maintaining food standards in new trade deals. And it is Labour, not the Tories, who are raising concerns about the effect of farm subsidy changes on family farms. We can choose not to be urban, and we can choose to win again in rural areas like mine, whether there are other candidates on the ballot paper or not.

We can be fantastic on rural policy, but it is only when local parties like mine are encouraged to turn up, show up, and win that all that work in Westminster will be turned into something truly worthwhile: in Labour gains. I am intending to give my all to be the very best councillor I can be. As Labour’s newest rural councillor, I want to say how very excited I am about serving my community and turning up for my party on the town council. 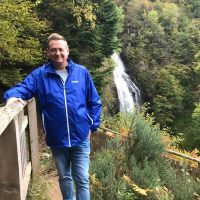 Lee Jameson is the Labour councillor for Alston and Longridge town ward on Longridge Town Council.

View all articles by Lee Jameson