Over a year since the first lockdown, we could write a thesis on the government failures. The failure of track and trace, the handing out of NHS contracts to friends and chums of ministers, the weak economic response being too late to save hundreds of thousands from redundancy, the tragic and unnecessary loss of life due to grossly negligent government decisions and a failure to even consider the need for zero Covid strategies.

But Tories never miss the opportunities presented by a crisis – and right now they see the chance to engage in a full-on frontal attack on our civil liberties. The right to picket and the right to protest are under threat from a government more interested in protecting statues of racists than the civil rights that people fought wars to protect.

The Coronavirus Act measures are now being used to prevent even peaceful vigils by women rightly outraged at the treatment of women in society and wanting to express their grief at the murder of Sarah Everard. The vigil in Clapham should have been allowed to proceed. It was peaceful and respectful. That the police should even attend in riot gear, in such numbers, exhibited a crass failure to accept that one of their own is accused of the murder.

Of course, the excuse used for such policing is one of public safety, but that excuse has no legitimacy when many attending the vigil will be workers who have been forced into workplaces throughout this crisis. Nor can it be said that these powers have been beneficial when we have over 140,000 who tragically have lost their lives to this terrible virus. Bluntly, the Coronavirus Act has not stopped our having the worst death rate in the world.

Where has the arm of the state been when it comes to workers forced into unsafe working conditions, exposed to Covid because of the failings of the employer? Nowhere. Of the more than 134,000 complaints to the Health and Safety Exec concerning unsafe workplaces, there has not been a single prosecution or prohibition notice. In stark contrast to over 77,000 fines of individuals under the Coronavirus Act – fines that Johnson “makes no apology for”.

In Bristol, the protests are about the right to assembly. The right to protest itself. The police and crime bill (relevant to England and Wales), which has had its passage through parliament delayed until after the local elections, is one of the most dangerous pieces of legislation we have seen in decades. In short, the legislation seeks to prevent protests and shut down civil liberties.

As the law currently stands, police can only restrict protest where they can show it is likely to cause “serious public disorder, serious damage to property or serious disruption to the life of the community”. In practice, this means the police and organisers thrashing out details of the routes of marches weeks in advance.

This legislation takes the powers of the police much further. They can impose start and finish times. They can impose a noise level that the protest must not exceed. There will be a new law creating an offence of “intentionally or recklessly causing pubic nuisance”. They can impose all of this on a demonstration by just one person. And anyone is guilty if they breach restrictions that the police say they “ought” to have known about.

Finally, we have the government’s response to the Black Lives Matter movement, their protests and the toppling of the statue of slave trader Edward Colston. Under this legislation, you could face up to ten years in jail for damaging a statue to a racist murderer. As many have pointed out, this is more than the average sentence for rape. Institutionalised sexism and racism, anyone?

Legislation should never been seen in isolation. One Act of Parliament is only one piece of a legislative jigsaw for the society that a government seeks to create. Consider the police and crime bill alongside the Covert Human Intelligence Sources Act (CHIS), legislation that facilitates the infiltration of activist groups and offers advance immunity from prosecution to those committing crime in the name of the state.

It was Shami Chakrabarti, former director of Liberty, who labeled this legislation as a license for agent provocateurs of the state who seek to have an activist group labeled as criminal. Do not let any Labour politician misleadingly claim that the Human Rights Act, undoubtedly next in the Tories’ firing line, offers meaningful protection. The Human Rights Act does not create any criminal sanction.

Consider also the Trade Union Act: how taking industrial action has been restricted undemocratically and how many times workers have had to rely upon the rights to protest. What rights of protest under the police and crime bill?

Is all of this Orwellian hyperbole? Last week saw victory for the Shrewsbury 24 in the Court of Appeal, a timely reminder of the need to keep fighting for our rights. Trade unionists sent to prison for picketing, protesting and demanding health and safety in the workplace. Their rights of assembly attacked by the state, determined to send a message to other trade union militants.

It should never go unnoticed that for Shrewsbury 24, their strike action and pickets involved Sir Robert McAlpine sites. Sir Robert McAlpine, the Tory donor and key architect of the now infamous blacklist. Their victory is hard-won and an immense shot in the arm for our movement, but the legislation we are now seeing means there will be many more Shrewsbury 24s.

Consider also the admission by Norman Tebbit in a recent meeting in the House of Commons that he was regularly briefed by special branch about the activities of trade unionists. He was also briefed by some within the trade union movement, which has prompted the Blacklist Support Group to write to John Spellar MP to ask whether he was involved in such meetings when he was the political officer for the EETPU (Electrical, Electronic, Telecommunications and Plumbing Union).

Just last week, Unite Scotland members faced police threats of fines of £10,000 or else disband socially distanced pickets in Edinburgh. Workers told their work is essential, that it is safe to be inside a workplace, but that they cannot lawfully picket outside that workplace. The actions of Police Scotland forced us to have to commence legal action in Scotland. The police were forced to back down; the Scottish Covid Regulations are now to be changed.

The right to picket has been protected, but it is the attack itself that is so telling. There is no hyperbole here. The jigsaw of legislation points in one direction only: an attack on civil liberties, the right to protest and the collectivism of solidarity. We must all step forward now if we are to create a better tomorrow than yesterday. We must dismiss legislation that seeks to prevent our voices being heard. To paraphrase Elie Wiesel, we will be powerless if we do not protest. 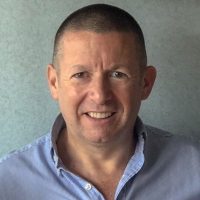