Graham fell down the stairs at home one Christmas Day and spent eight months in hospital with brain damage. He was aged 60. On his discharge home, his wife Diane came face-to-face with the social care funding system. There was the battle between health and social care about who should pay for the care he needed at home, then there was the was the fact that if Diane and Graham had lived in Norfolk, the health service would have paid – but in Suffolk most of the bill belonged to social care, hence means testing to determine the contribution Diane would have to pay. Then, there was the nagging fear for the next eight years that if she could no longer care for Graham at home, their house may have to be sold to pay for residential care.

King’s Fund research has shown that, like Diane, most people don’t realise that social care, unlike the NHS, is not free at the point of delivery. At the very time of need, of great stress and fear, the harsh reality kicks in, the one that people used to face with their healthcare over 70 years ago before the NHS was established in 1948. Indeed, amid all the media coverage of care homes during the pandemic, most people will remain blissfully unaware of the level of fees paid by either the state or by families to overwhelmingly privatised provision. This longstanding lack of awareness, aided and abetted by the media and politicians, creates a real dilemma when it comes to reform. Take the ‘death tax’ accusations against Andy Burnham’s proposals in 2010, and Theresa May’s ill-fated ‘dementia tax’ in 2017, both of which would actually have modified the level of personal contributions expected.

As Barbara Keeley MP spelled out in a recent parliamentary debate on social care reform and the social care workforce, the impact of the crumbling system of social care on rehabilitation and recovery, the quality of people’s lives, their ability to live independently, is indeed devastating. The problems that contribute to the crisis of social care are well understood across the political spectrum. Jeremy Hunt has talked about a “1948 moment” as the country comes out of the Covid crisis, which would entail “completely reforming the social care system” and “giving it a proper ten-year plan”.

There is a really important debate to be had about what kind of social care service Labour stands for. It was refreshing to hear shadow minister for social care Liz Kendall talking about this in Portsmouth recently. Labour needs to be listening to the voices of those who draw on social care support, and recognising the critical role that these services can play not just in providing care, but also enabling people to contribute and engage fully with their communities, families, work and leisure.

Social care is a massive industry, employing more people than the NHS. It covers care and support for older people, those with physical and learning disabilities, people experiencing mental ill health, addictions and domestic violence. Investment in social care, alongside an ambitious vision of community-based support, could provide the inspirational spirit of our social and economic recovery from the pandemic.

One aspect of this investment must be the recognition through pay and employment conditions of the skilled workforce needed as the bedrock of social care provision. Around 80% of the social care workforce are women, and Carers UK estimated in November that there have been around 13.6 million unpaid people caring during the pandemic, saving the economy £135bn a year. Around 600 people every day, mostly women, give up work to care for an older or disabled relative.

Liz Kendall also highlighted the need to transform the way in which social care services are provided. With honourable exceptions, most care homes are highly institutionalised with very little of what might pass for personalised support. One shocking story I recently heard was about a late-night phone call to an 83-year-old woman from the care home where her sister was staying. She was told that her sister had died and she needed to arrange for the body to be removed immediately. On later complaining about this approach she was told that, as soon as a resident died, they were no longer the responsibility of the care home! The social care market turns people into commodities, focuses on the price of everything and the value of nothing, and makes a mockery of choice and control.

The Campaign for Justice in Social Care was recently set up to focus on building public awareness about the financial injustice that underpins our social care system. To that end, a petition has been launched calling for a parliamentary debate on setting up a national social care service, funded through general taxation. 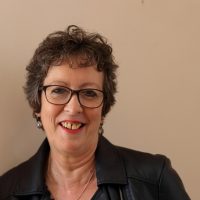 Carolyn Barber is a social worker and Labour member. She is vice chair of the Portsmouth Constituency Labour Party.

View all articles by Carolyn Barber