For a big proportion of London’s inner-city residents, the main issue remains the division between the rich and the poor. Although many are working, families are still struggling to meet the cost of living in London where 35% of children are growing up in poverty, seven percentage points more than in outer London. Not only are these families poorer, but the more densely populated central section of our city is also made up of people from Black, Asian and minority ethnic backgrounds. It is apparent that the Conservative government places no importance on such vital issues and is continuously failing people living in the inner city. That is why it is my strong belief that Labour must act now, and show that we are the solution these inner-city communities need.

When we look at the housing crisis, not only is there not enough homes available to the most underprivileged communities, but a lot of the working families have been priced out from affordable housing in the areas they consider home. Young people have been left with no space to be, and to develop themselves, in their communities. Youth clubs have been permanently closed, gentrification has become the norm, and sadly many have not experienced the benefits of new development in those areas. Developers keep bring up new shiny buildings, regrettably at the expense of affordable council homes for those most in need. And the division in society becomes even wider.

Covid has exposed further inequality in the inner city. People feel stuck and can’t escape the detrimental effects of everything that’s happened in the last year. Residents have lost family members, their support system, livelihoods and jobs. Many are working in critical service that keeps our country moving, witnessing unbearable amount of grief, pain and abuse. There is a desperate need for a better response to mental health issues and adequate provision is still alarmingly low, especially within and for our BAME communities. All this is happening while the rich have become richer, and the system has abandoned the less privileged.

Young people have been left with little or no hope in the system. They experience lack of support due to cuts resulting from many years of Tory austerity. Youth violence and gang culture have become new ways for many young people to feel that they belong to something or are a part of a community. Meanwhile, we know the effect of gang violence is fuelled by drug dealing from the demands of the (middle-class) drug habit in the inner city. A lot of young boys and girls have been caught up in the drug war for the control of an area. So, dubious adults are grooming underprivileged inner-city children living in poverty into the drug business empire to supply the demand of habits of the rich in their communities, leading to gang war to control a patch. All this leads to an increase of knife attacks and the tragic loss of young lives on our streets. Is that a reality we are prepared to live with?

Many politicians on the right believe the solution is more policing and harder sentencing. But that’s just touching the surface. We need to dig a lot deeper. Prevention is always better than cure. Prevention starts with community engagement and the provision of enough activities and opportunities for young people to keep them off the streets. Those growing individuals need to regain their trust in the system and believe there is more for them than dangerous activities that lead to a prison sentence or death.

Nobody wants to be poor, or live in rundown estates, or have minimum access to jobs, over having a fair chance to improve themselves and their family. Are we giving our people options? Are we role-modelling what we expect from our future leaders? We need to stop painting over the cracks, when we should really be rebuilding the damaged foundation built by an inadequate, selfish and corrupt government.

When we talk about the inner city, we are talking about a large population of BAME people. We know that BAME communities represent a big source of Labour votes, and they have been massively let down by the Conservatives’ actions and policies, in combination with the devastating effects of the pandemic. Many in inner London have lost faith in politics and believe that the system doesn’t care. The Labour Party needs to address this, and more, going forward. Are we taking those votes for granted or are we ready to show our full support for an equal and diverse society?

Labour needs to show a roadmap for how it intends to renew the trust of the Black community in the inner city, and address the feeling that all political parties only come to them during election time. We need to start actively engaging with the community. We don’t want a symbol – we want synergy. We should pave the road for constructive talks with community leaders and grassroots campaigners, Black academics, religious groups and charity leaders on concerns and solutions for the Black community and other minority groups.

The term BAME itself needs to be seen at a much deeper level, because all those who fall in the BAME bracket have different experiences, struggles and needs. The only direct link between representatives is the racism, injustice and inequalities present in the lives of these diverse groups. But this doesn’t mean that one approach fits all.

To my fellow comrades and the Labour leadership, do we know what each group in the BAME category wants, needs and struggles with? Are we ready to engage and listen to their concerns and issues? Can we bring solutions that are tailored specifically to those individual communities, or are we going to still try and put everyone in one bigger box? The approach to these questions will massively affect the future of inner-city London. The first step is getting those communities in the room and letting the conversation take place. 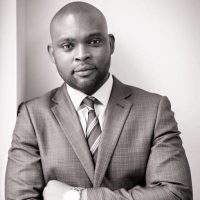 View all articles by Jason Jackson