Labour looks set for a mixed night at the ballot box in the May elections – and Wales is no exception, with different polls showing wildly varied outcomes. As the last ‘Red Wall’, the party enjoys more power here than in any other part of the country. So, what can we expect from the election to the first full term of Wales’ newly rebranded parliament?

Looking at the polls

Welsh politics lacks regular polling, which often makes it difficult to get a clear sense of things. A recent Opinium poll for Sky News buoyed activists, suggesting Labour is on course to retain its current 29 of 60 seats whilst holding a healthy ten-point lead over the Conservatives and 21 points over Plaid Cymru. Two caveats are that Opinium does not regularly poll in Wales and that it excluded 16- and 17-year-olds who now have the right to vote.

The most consistent national poll is the YouGov/ITV/Cardiff University ‘Welsh Barometer’ that largely predicted the 2016 result. Their March 2021 poll made for grim reading, with Labour slumping to a record low of 22 seats and the Conservatives clocking their best ever result of 19 seats. However, their recent April poll now shows a reverse of fortunes, with Labour on course for 26 seats and Plaid Cymru leapfrogging the Tories to take 17 seats, a net gain of five. The Conservatives seem to be on course to gain just three seats and match their 2011 total of 14 seats.

To confuse matters further, polling in early March for WalesOnline and for the BBC showed Labour winning 24 and 30 seats respectively – their worst and best ever results if realised.

Where Welsh Labour can be confident

Labour can be confident about First Minister Mark Drakeford’s personal ratings. In Opinium’s poll, 29% of participants agreed he would make the best First Minister, with only 10% supporting Tory leader Andrew RT Davies, and 8% backing Plaid Cymru’s Adam Price. The Welsh Barometer poll was issued after a televised debate in which Davies floundered, suggesting he may be somewhat of a liability to the Tory campaign.

In the final weeks of campaigning, incumbency could also prove beneficial. In 2016, Labour was predicted to lose four key constituencies, but defied the pundits to lose just one (Rhondda to Plaid Cymru’s Leanne Wood). The Barometer poll indicates that incumbency may yet again keep people voting Labour, though it would be risky to rely on this 2016 effect being repeated – it’s not a given, and this is a very different election given Covid.

Another positive asset is the party’s record on Covid-19. Wales has been vaccinating citizens at faster rates than the rest of the UK and now sees daily deaths regularly hit zero. Welsh Labour has a positive case to make to voters on their successful handling of the pandemic. This record cannot be mentioned enough in debates and on the doorstep.

Where Welsh Labour should be wary

In the 40 constituency seats up for election, the party faces many close races. The Conservatives won six Welsh seats from Labour in the 2019 general election and these, plus the Vale of Glamorgan, are again Conservative targets. Meanwhile Plaid are hundreds of votes away from winning Llanelli and Blaenau Gwent. If lost, Labour may still be able to lead a coalition, but would face a similar existential crisis to the party in Westminster with once-safe seats slipping away.

The pandemic is dominating election debates and is naturally a sensitive area for a Welsh government that has implemented tough measures in response. Despite a recent poll suggesting 80% of people support lockdown measures, it has provided fertile ground for Tory spin. For example, Andrew RT Davies recently claimed Wales had the highest death rate of all four nations, a figure only true depending on what numbers you look at. Keeping control of the narrative around the pandemic response will be decisive in Labour’s fortunes.

Independence is yet to be a central issue in debates, but support for it is growing among Labour supporters and the nation more generally. Mark Drakeford shouldn’t dodge this topic. Firstly, Plaid Cymru is currently targeting Labour-supporting indy voters across South Wales. More importantly, Plaid’s recent surge could result in splitting vote shares in some seats and allow the Tories to win. Labour must be clear on what it has to offer on the constitution to this growing cohort.

What should Welsh Labour do?

The first thing Labour should do before polling day is get Mark Drakeford out there more. The Opinium poll suggests he is three times more popular than his opponents, and he also happens to be a very clear communicator. This latter point means he is well-placed to explain his party’s record on Covid-19 and how caution has often been successful when compared to the Conservative response in Westminster.

The second thing is to get Andrew RT Davies out there more, too. Davies is a poor media performer and the Welsh Barometer poll suggests his campaign may be ineffective. It must continually be repeated how he isn’t up to the job and that First Minister Davies would put the pandemic recovery at risk (‘Chaos with RT Davies’, if you like).

Thirdly, the polls suggest contrasting results for Plaid Cymru. Adam Price’s personal ratings are poor, but he is pledging to spend more money than Labour by demanding increased borrowing powers. Meanwhile Labour has promised little in terms of wealth redistribution, but has pledged an ambitious NHS catch-up programme and a youth jobs guarantee. Plaid are clearly pitching themselves as a social democratic alternative and Mark Drakeford should not let his party get outflanked.

It is unclear whether Labour will get a stunning endorsement by the electorate or fall to a record defeat. The final weeks of campaigning are vital. Regardless of the result, the Tories remain a potent threat and the debate over independence will roar on for years to come. Be in no doubt that a huge challenge lays ahead for the only Labour government on these isles if it wins a sixth term in office. 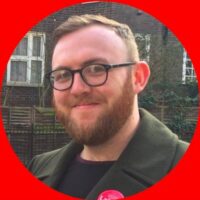 Jamie Green is a Labour activist and member of Cardiff South and Penarth CLP. He writes in a personal capacity.