Culture Secretary Oliver Dowden last week provoked a new front in the ‘culture war’, proposing that national arts, culture and heritage institutions should be as representative of people in the North and Midlands as they are of a “millennial in Islington”. But in his pursuit of ‘anti-woke’ politics, he is evading responsibility. If the sector is unrepresentative, it is because of his government’s failure to fund arts, culture and heritage properly – and a decade of council cuts that we’re now supposed to forget Conservative-led governments implemented.

Between 2009-10 and 2018-19, English councils’ annual expenditure on arts, culture and heritage fell in real terms by over £860m, or 38.5%. Councils in the West Midlands, the East and the North East all experienced higher than the English average reductions in spending. Arts Council England (ACE), the largest England-wide funder of arts and culture, has long favoured major institutions largely based in the capital. Take National Lottery funding: London received twice as much per person as the rest of England between April 2009 and January 2018, despite an expectation that all parts of England should benefit. Decisions are made centrally, far away from communities affected.

It is clear that England’s cultural funding model isn’t benefiting or representing many Londoners either. Around a third of young Londoners aged 11 to 25 cite having to pay to take part in an activity as a barrier to engage in arts and culture. While it would certainly help if regions were represented in national arts organisations, the root cause of poor representation is Conservative-led governments that stripped communities of essential arts and culture funding, leaving the sector fragile and exposed in villages, towns and cities across England. More northerners on boards won’t solve the fact that northern culture is underfunded.

How should Labour respond to the government’s regional tokenism on our culture and heritage? All communities, towns and cities across our country have to be given the opportunity to use culture to tell their part of our national story, with representation for all at its heart. Arts, culture and heritage needs to be at the heart of Labour’s vision for a modern Britain, with support from the grassroots up, to provide access to cultural experiences wherever you live.

Cultured Communities, a report for the Fabian Society, sets out how this can be done. It requires devolving cultural funding to local communities, mayors and councils, instead of relying on changing representation at the centre. People in their communities know and understand local cultural and heritage assets, and can shape the sector to make it representative of all. Grand committees and boards down in Westminster need to be representative, but the real problem is centralisation itself.

To empower the regions’ arts sector, the government could start with funding councils properly, and providing an additional £500m arts future resilience fund. By providing the money and flexibility to rebuild our arts, culture and heritage post-Covid, we can ensure that decisions enable local communities to connect with, and feel part of, local heritage and identity – in all its diverse forms.

But a future Labour government should go further to end the centralised public funding of arts, culture and heritage that has created such an unrepresentative sector. ACE should be required to distribute per-person National Lottery funding equally to our regions. This change will push new investment to places outside of London and our biggest cities, creating the opportunity for more world-beating, accessible and representative arts, culture and heritage right across England.

The funding should be devolved down to local arms-length organisations, accountable to mayoral combined authorities and the Greater London Authority. Decisions would be made locally, rather than by a central institution, creating the freedom to align arts and culture funding with local priorities. Our research estimates that over ten years, these local bodies could be made responsible for over £230m in London, over £70m in Greater Manchester and £60m in West Yorkshire. Imagine the difference Sadiq Khan, Andy Burnham or Tracy Brabin could make to their communities with that money.

By putting power and budgets for arts, culture and heritage in the hands of mayors, councils and local communities, Labour can support a sector where everyone is represented – and offer a powerful alternative to the Tories’ regional tokenism. 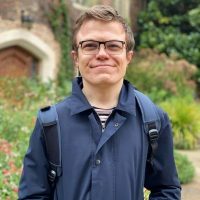 Ben Cooper is a senior researcher at the Fabian Society.

View all articles by Ben Cooper