When Tracy Brabin took the stand as her victory was announced in the Leeds Direct Arena on Sunday night, it was a remarkable moment for many reasons. For me, there was one reason in particular. After 18 months building the for Better Buses for West Yorkshire campaign, we now have a mayor who backs our demands. Tracy was elected on a bold pledge to end the free market in buses and bring our broken bus system back into public control. This pledge was forged in the crucible of a keenly fought mayoral election campaign. But it was no accident that this issue rose to dominate all others.

For 18 months, Better Buses for West Yorkshire, a coalition of unions and local campaign groups, has been building towards this moment. We wanted to make fixing our buses the biggest issue of this mayoral election, and to make every candidate answer to our campaign. By that measure, we succeeded. Our demand to take buses into public control dominated the media cycle, and cropped up in pretty much every major election meeting or interview. There is no doubt we shaped the election. We did this by centring workers’ stories, experimenting with innovative campaigning techniques, and exploiting our natural strengths as a mass movement.

How did we do it? Press relations are obviously a major tactic in an election period. But press releases won’t get you anywhere without a solid campaign foundation – and we had laid the groundwork for this months before. Our regular, open invite coalition meetings built confidence between unions and climate groups, who often find themselves in opposition. We identified natural community leaders and spokespeople who would tell compelling stories about why buses mattered to them. We learned from sister campaigns across the country, and benefitted from support from We Own It. Most importantly, we had a clear demand and identifiable decision makers who we needed to move: mayoral candidates.

It was identifying our decision-makers that led us to choose our tactics. We used moments like the national bus strategy or council meetings to mobilise supporters to email and call our targets. This resulted in decision makers hearing from hundreds of concerned bus users frequently and regularly. But we knew that confronting mayoral candidates with the bus users most affected by the failing service would be a powerful moment of maximum pressure. And so it proved.

When Lindsey spoke up at our candidates’ event, I knew we had won. He described the pain he suffers from his Parkinson’s while waiting for a bus he knows will turn up late. “I’m not asking for pity,” he said. “I’m asking for your help.” We were in a so-called ‘reverse town hall’ meeting organised by the campaign. There were 130 voters in the meeting, watching, alongside five of the seven mayoral candidates. Lindsey and five others led the session, demanding that the candidates commit publicly to beginning the franchising process within 100 days of taking office.

Tracy Brabin was first to respond. Even before she uttered her unequivocal “yes”, I knew what she would say. No-one could fail to be moved by Lindsey’s story. After this, the issue snowballed. The BBC asked Elinor, one of our bus users, to question candidates in an election debate special. Videos of Elinor’s question did the rounds on local Facebook groups. The next day, candidates were touting their commitment to 100 days. Local media were keen to tell our story.

Eve of election polling showed that 50% of West Yorkshire residents were in favour of public control. The terms of the election were set. Buses would be the issue on which the election turned. Better Buses for West Yorkshire isn’t a party political group. We sought the support of everyone on the ballot. We wanted to make sure that whoever won, they had felt the power of our campaign, and would feel pressured to meet our demands.

Other candidates committed to public control, but Tracy’s pledge was also backed by her history of trade unionism. This added an extra dimension to her promise to safeguard bus workers as she transitions the market from private to public control. Unite’s ten week ‘fire and rehire’ dispute with Go North West buses shows why this matters. Now we look forward to publicly-run buses in West Yorkshire.

We think that this is a model for how unions can intervene on issues that cross the industrial/political space in the future. Inadequate bus services were a tangible and urgent problem for workers in West Yorkshire. The issue was widely and deeply felt. There was a moment of change imminent – the mayoral election. And we were able to build a campaign, led by bus users and workers, that successfully put pressure on all the candidates to promise change. The results speak for themselves. 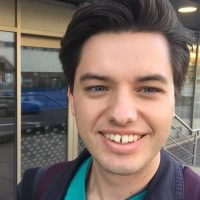 Gareth Forest is the TUC’s Better Buses campaigner in Yorkshire and the Humber.

View all articles by Gareth Forest