One of the bright spots of last week’s elections for Labour was the triumph of Dan Norris in the West of England metro mayoral election by a 59-41% margin, following a 51-48% defeat in 2017. Having a candidate who understood the values and concerns of rural voters was our key strength. Dan’s track record as an MP for 13 years and an environment minister gave him a credibility with voters that helped make up for how the pandemic limited our ability to contact voters face-to-face.

We saw turnout boosted in each of the three authorities that make up the combined authority. A huge part of our victory was the unprecedented swing in the Bath and North East Somerset Council area, half of which Dan previously represented as an MP. In 2017, we finished third here, 7,000 votes behind the victorious Tories, with only 6,000 votes. In 2021, we finished just 143 votes behind with over 15,000 votes.

In the former mining communities of Clutton, Peasedown, Radstock and Westfield, we saw voters who had turned away from Labour over the last ten years begin to return en masse to a Labour Party they felt was taking them seriously. In the Lib Dem stronghold of Bath, we saw people voting Labour for the first time, having historically been forced to vote Lib Dem to keep the Tories out.

In South Gloucestershire, we finished second by 9,000 votes, which was a vast improvement on fourth in 2017 by 15,000 votes. Closing the gap in South Gloucestershire undeniably helped us to victory overall. In the marginal seat of Filton and Bradley Stoke, we saw swings towards us in both working-class and middle-class suburbs of Bristol.

Our results locally show that the national trend is neither fatal nor irreversible: with the right message, Labour can reunite its winning coalition. As we saw in the Cambridge and Peterborough metro mayoral contest, Labour must compete everywhere in a constituency, even when outright victory seems distant, if we hope to win contests like these. Not only did these deliver a first ever Labour victory in the West of England mayoralty but, as Dan said in his victory speech, they have unlocked the possibility of future victories down the line in our area. Including defeating Jacob Rees-Mogg, Dan’s successor as an MP.

The mere 143-vote majority the Tories had in Bath and North East Somerset in the first round was swamped in the second round due to Green and Lib Dem second preferences. In fact, it probably would have been erased entirely in round one, had it not been for the many people who misunderstood the voting system and put Labour and Green in the first column, thereby technically spoiling their ballots. These numbers show that the parliamentary seat North East Somerset is one in which Labour can compete during the next general election.

Defeating Jacob Rees-Mogg would be a great day for the party, and indeed the country, but we also saw the gains made in North East Somerset repeated in other areas of the country. The Labour Party must learn from its successes as well as its failures. An overall majority in the next general election will run through North East Somerset and Filton and Bradley Stoke, as well as Worthing, Truro, Reading West, Bournemouth and many other places across the South where we have seen gains in recent years. Now is the time to think earnestly about what our targeting map should look like. 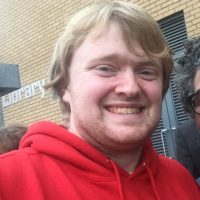