Lewisham’s Labour-run council has this week been recognised by City of Sanctuary as the first formal ‘borough of sanctuary’ – a true partnership between the council, the voluntary sector and our communities. We have achieved this by putting refugees and asylum seekers at the heart of our agenda. In the past three years, we have resettled 33 refugee families from Syria and Iraq, welcomed 90 unaccompanied children seeking asylum and led the campaign to restart the refugee resettlement programme during the pandemic.

That is why I am so concerned with Priti Patel’s proposals for ‘wholesale reform‘ of the immigration system, which would create a two-tier asylum system in the UK. This new system would strip away the automatic right to asylum for the vast majority of asylum seekers and would aim to ‘rapidly remove’ those who do not arrive via the very limited legal routes available. I believe Labour must not shy away from strongly opposing these proposals, which have been criticised by the Law Society, NGOs and the United Nations Refugee Agency as “discriminatory” and “unethical”.

The families we have resettled in Lewisham have come through the government’s resettlement programme. This programme works with the United Nations to formally resettle families in the UK mostly living in refugee camps across the Middle East. For us in Lewisham, it has been hugely successful and has ensured that the families have the support they need to start their new lives and integrate into their local communities. But we know that for the vast majority of asylum seekers accessing these legal route is simply not possible with less than 1% of refugees worldwide being resettled each year.

Priti Patel’s proposals to distinguish between those fleeing war and persecution by how they arrived in the UK is a cynical ploy to reduce the number of asylum seekers. This has drawn widespread condemnation, with the Refugee Council saying it is “a cruel and unfair approach that slams the door shut” on the most vulnerable. Ministers claim these proposals are to crack down on human smugglers. In reality, it would punish the most vulnerable who are often abused and exploited by these criminal gangs in their attempt to reach safety. These routes are incredibly dangerous with almost 300 people dying trying to cross the English Channel over the last 20 years. Those seeking asylum do not seek human smugglers out of choice, it is their last resort.

Nobody would put themselves in such danger if they were not desperate. We must stop illegal human smugglers and create more safe routes for resettlement. The government’s choice to punish those seeking asylum who are forced to arrive in the UK informally is unacceptable. Labour must be vocal in their opposition to these proposals. This is a deeply moral issue and supporting the most vulnerable is a key tenet of our Labour values. The fact that the UK is still seen by so many people across the world as a safe haven should be a source of pride. These proposals would irreversibly damage our reputation and weaken the UK on the global stage.

Support for refugees and asylum seekers is more widespread than some may think. Our local resettlement scheme in Lewisham is widely supported. Knocking on doors in the local elections, I heard voters telling me how proud they were that their council was taking such action and this support is found right across the country not just in cities such as London. Polling shows more people believe it is important to have an asylum system that is fair, even if it means allowing more asylum seekers into the UK, rather than creating a system that deters them from coming. We’ve been proud to work with our Labour colleagues on refugee resettlement in Inverclyde Council in Scotland showing that there is support from right across the UK from our towns to our cities.

What people really want to know is that the system is fair. The Tories’ proposals will create an unjust two-tiered system, which goes against all of our Labour values. Labour must not shy away from supporting refugees and asylum seekers, but stand tall in opposition to these cruel proposals. 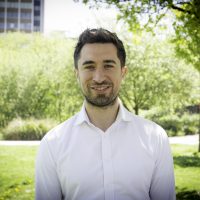 Damien Egan is the Labour mayor of Lewisham.