There is no real way to soften what we saw coming out of election counts earlier this month. It was not the result Labour hoped for and needed. Somehow – despite a news cycle filled with excess deaths, exhausted and underpaid NHS workers, Tory cronyism and economic downturn – Labour’s message didn’t cut through as much as hoped for. However, there were some pockets of the country which bucked this trend, and that shine a light on a way forward.

In Preston, Labour retained all of its councillors. In Oxfordshire, the Conservatives are in opposition for the first time since the country was established in 1889, with Labour cabinet members in a coalition cabinet. Labour beat the Tories in both the Cambridgeshire and Peterborough mayoral race and West Yorkshire, and Andy Burnham stormed to victory in Greater Manchester, with his success replicated across the region. Of the 36 Metropolitan authorities in England, there were only six where Labour did not concede a single seat, four of which were in Greater Manchester. Elsewhere, there were some positive shifts in the right direction – in Cornwall, Canterbury and East Sussex. And in Wales, Labour matched its best ever result in the Senedd.

At first glance, these places have little in common. What connects the socialist stronghold of Preston in the North West with leafy Chipping Norton in Oxfordshire? Or post-industrial South Wales with the “Silicon Fen” in Cambridgeshire, urban Manchester and rural Cornwall?

The golden thread that connects ‘Red Wall’ seats with the home counties, the Welsh valleys with urban Manchester, is co-operation. These were places where Labour and Co-operative councillors were on the ballot, and where co-operative ideas are at the heart of their visions for their communities. These ideas are cutting through: in part because our radical but practical heritage as a movement means we don’t just talk about change – we make it happen.

Our co-operative movement is made up of doers – whether it’s Andy Burnham leading a Co-operative Commission with plans to develop a co-operative enterprise zone, or Welsh co-operators supporting the growth of co-operative social care models that put people before profit. In Preston, co-operative policies have seen the city engage with anchor institutions like the university to plough the public pound back into local jobs and support the growth of new co-operatives such a new café and a co-op for self-employed mental health workers. In Oxfordshire, co-operative approaches have resulted in a successful community bus and a citizens’ assembly on climate change. In Cambridgeshire, Dr Nik Johnson stood on a platform of “Compassion, Co-operation and Community”.

Of course, not all co-operative candidates won their elections. Sadly, Liam Byrne wasn’t elected the West Midlands mayor despite ambitious plans for the co-operative sector, and the pendulum at the co-operative council Plymouth swung back to the Tories. But we made gains at every level of government that had elections this month thanks to the hard work of our brilliant candidates, the strong support and campaigning of our members, and a policy platform that resonated with voters in a way that Labour’s alone did not.

We had 313 councillors elected – a fantastic result with a net gain of 145, the second largest of any party. It means we now have a record 938 co-operative councillors standing up for their communities in town halls right across the country, gaining seats from Cornwall to Northumberland, Bury, Rotherham, Maidstone and Surrey. We now have 16 members of the Welsh Senedd (up five), 11 of the Scottish Parliament (up 4), 11 in the London Assembly (up four), and seven police and crime commissioners (up four). We increased the number of co-operative metro mayors, with Andy Burnham in Greater Manchester, Tracy Brabin in West Yorkshire and Dr Nik Johnson in Cambridgeshire. We now have seats on the majority of British councils for the first time.

These candidates all stood together, on a platform that aims to give people a say and a stake in their communities. They campaigned on co-operative policies to rebuild a fairer local economy, championing community ownership, tackling food poverty and working together to make our communities safer, stronger and greener. Their ideas cut through to voters because they are engaged in those communities, and so they are building solutions and credibility from the bottom up. 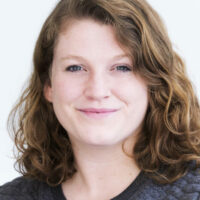 Anna Birley is policy officer at the Co-operative Party and a Lambeth councillor.

View all articles by Anna Birley