As we approach Armed Forces Day, I’m struck by a contrast. On the one hand, the complete failure of the government to live up to the promises they made to veterans in their 2019 manifesto, including the completely ineffective office for veterans affairs, set up under the Conservatives, which hit the headlines when minister Johnny Mercer resigned, accusing the government of a complete lack of action in supporting veterans. On the other, the prevailing view of many that – despite the fact that since 2010 the Tory government has inflicted huge cuts to the military, made thousands of redundancies, inflicted pay freezes and forced many on to lower pensions – somehow the Tories remain the party that supports the military.

The armed forces covenant is not currently enshrined in law, but even as moves are made to do so the wording of the armed forces covenant is such that it allows for wide variations in its interpretation. When this is combined with years of government austerity, seeing billions of pounds worth of cuts to local authority budgets since 2010, it results in many local authorities concentrating primarily on their statutory services. Yet while the government loudly shouts about its hollow support for our armed forces community, silently, in the background, at a local level and despite the ruthless austerity forced onto them, many Labour-controlled local authorities have been at the forefront of developing good-quality local armed forces community support packages.

My own local authority, North Tyneside, with no support from central government, took to creating an outstanding armed forces community support package. This was led by mayor Norma Redfern and the previous veterans champion councillor Gary Bell. North Tyneside’s armed forces community offer includes dedicated support workers, enhanced gym membership, enhanced housing offers, strong links to local charities and a guaranteed interview scheme for veterans. This ensures that at a local level, veterans in North Tyneside are giving the support they need whether they are in service, transitioning to civilian life or a veteran regardless of how long they have been discharged.

It’s not just North Tyneside Council. Some Labour-controlled authorities have adopted parts of our veterans policy, while others have provided their own unique dedicated armed forces community services. Liverpool Council’s incredible networking with third-party organisations has helped to create the UK’s first veterans hub (veterans HQ, a collaboration between the council and a number of charities). South Tyneside’s dedicated veterans move on accommodation consists of nine spacious one and two-bedroomed furnished flats, which are made affordable for rent to ex-servicemen and women as they leave the forces. There are just some of the schemes that have been developed by Labour councils, although there are many more.

Labour Friends of the Forces decided to join David in his campaign and produced a motion that could be presented by local Labour groups to their respective councils. This called for Commonwealth veterans to receive free indefinite leave to remain in the UK after four years of service and full citizenship after 12 years of service. Over 30 local Labour groups presented and successfully passed this motion in their local authorities.

The government, bowing to pressure, has decided to introduce a phased discount starting at four years’ service and finishing with a 100% discount on fees after 12 years. Whilst this falls short of what we call for, it shows that not only can pressure from local authorities contribute to changing national policy regarding our armed forces community, but also that it is Labour groups at the forefront of that fight. 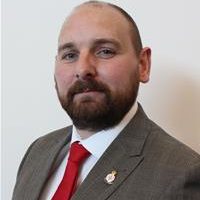 Andy Newman is an Army veteran and Labour councillor in North Tyneside.