In the last 12 months, Momentum has launched more new projects than at any time in our history. The 2019 general election defeat hit the Labour Party hard, and millions of people who believed that a better world is possible had their hopes dashed in the cruelest of ways. But it would be unforgivable to abandon transformative politics now given the scale of the crises facing us, from climate collapse to ‘fire and rehire’. That’s why we have to learn the lessons of defeat and begin rebuilding our movement from the ground up.

That’s why at Momentum we have thrown ourselves into organising and building for the future. We’ve developed new programmes such as our Leo Panitch leadership development programme and the future councillors programme; we’ve experimented with mass democracy through our first ever policy primary and we are now establishing a trade unionists’ network, to encourage all our members to get active in trade unions and their workplaces. And tying this together is our new strategic plan, Socialist Organising in a New Era, which has been read by thousands of people across the country.

We are doing this because organisations need to change. 21st century politics moves at lightspeed and we can’t rest on our successes or let defeat define us. Momentum emerged from the Jeremy Corbyn leadership campaign and our objective was to defend Jeremy’s leadership and ultimately to help deliver a socialist Labour government. In pursuit of this goal we established ourselves as field leaders in electoral mobilisation and digital communication, learning from expert practitioners abroad and the creativity of our members on the ground. And, despite a difficult 18 months, on many things we’re still ahead of the game. Last year alone over one in two UK adults on Facebook watched a video made by Momentum.

But we know things have changed. The Labour Party is floundering and the hard right are ascendant nationally. It’s also true that while our organisation still has tens of thousands of members and significant national reach, many socialists and progressives have left the Labour Party, along with many more voters. That’s why, in this new era, as well as winning elections, our strategy is also focused on long-term movement building: linking up struggle in the workplace with organising in the party, campaigning in communities, supporting the next generation of leaders and politically educating. We can’t simply mobilise our way to victory, no matter how good we are at mobilising.

But you can’t shift what an organisation does without shifting how it works. Momentum’s structures and ways of organising were established in a different time, and while in many areas they worked well, in others they have acted as barriers to meaningful participation by the membership. So, it’s time to change Momentum, and we feel our members know how to do it. That’s why we have launched ‘Refounding Momentum’, a new participatory process to put power in the hands of members, and to radically redesign our constitution and ways of organising. Refounding Momentum will democratise and rebuild Momentum so that we can deliver on our strategic goals; it is not democracy for democracy’s sake, but democracy to facilitate effective, member-led organising. In short, we will be asking ourselves: what type of organisation do we need to be to win?

In designing Refounding Momentum, we have combined direct and deliberative democracy and took inspiration from constitutional conventions. Momentum local groups and members will submit proposals to two newly-created Momentum assemblies, which will take up these ideas, deliberate and formulate a final package of transformational changes to be voted on by the entire Momentum membership.

There are of course other democratic models, each with their own strengths and weaknesses. But in the current climate, and with a range of views across Momentum, we wanted to create a more patient space for ideas to breathe, debate to take place and for consensus to emerge. And on issues where there isn’t consensus, we’ll resolve it by the ballot box. We believe the process we’ve created for Refounding Momentum is the one we need to deliver a blueprint for a new and democratic Momentum that supports our members to take the lead and organise effectively in the Labour Party and in their communities.

We also know that some on the right of the Labour Party, and in the press, will criticise it as a distraction from the vital work at hand of winning elections. But the reality is that we know what some in the Labour Party do not: if an organisation is to be successful in politics, it has to be constantly reinvented, reimagined and repurposed.

Now more than ever, we know what we stand for at Momentum. Our next job is to work out how we create a democratic organisation that can take our politics and values out into the country to build the movement we need to elect a truly transformative socialist Labour government. So, if you are a Momentum member, already active or ready to get more involved, take part in Refounding Momentum and develop the blueprint for a new Momentum. 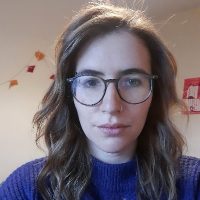