Andy Burnham is back in the headlines with coronavirus demands. He is not going to war with government ministers this time, as he says their approach of offering support rather than imposing restrictions is absolutely the right one. Instead, the Labour mayor is urging the government to go further by not just increasing testing and sending out vaccine vans but implementing surge vaccination across Greater Manchester, where there has been a significant increase in cases. Labour nationally appears to be on board with the demand: “we need surge vaccinations in the hotspot areas”, Jonathan Ashworth said last month. The government has rejected the idea this morning, however.

“We’re going to stick with the advice we received from the JCVI [joint committee on vaccination and immunisation], our advisers, which say it’s better to continue to work down the age categories on a national basis, rather than adopt a regional or geographical approach,” Communities Secretary Robert Jenrick has told the BBC. This does seem an odd claim, though: Bolton in Greater Manchester did receive extra vaccine supply, which shows the policy of sticking strictly to JCVI advice and refusing to bring forward supplies to hotspot areas has not always been followed.

Perhaps Keir Starmer will return to Covid as his PMQs topic today. If he shares the same interests as Westminster journalists, he will want to know more about whether the June 21st final unlocking date is being pushed back, with The Guardian reporting today that Rishi Sunak is apparently willing to accept a four-week delay. What we do know Labour will be talking about in the House of Commons today is education catch-up, the big story of last week when education recovery commissioner Sir Kevan Collins resigned.

Labour will use its opposition day to force a vote of MPs this afternoon on a motion that backs the criticisms made by Collins and endorses the party’s ‘Children’s Recovery Plan’. This includes funding for schools to deliver new extracurricular clubs and activities to boost wellbeing, targeted support for children who have missed out most and an extension to free school meals to eligible pupils this summer. Education lead Kate Green is discussing the plan with teachers and children at a breakfast club and school visit in London today.

On LabourList, we have a comment piece from shadow ministers Anna McMorrin and Sarah Jones who are focusing on tackling the abuse of retail workers, we have a look at the Unite general secretary race and the difficulties now facing the union’s three left candidates, and at how Kim Leadbeater is emphasising her local roots rather than Labour or its leadership in her campaign video for Batley and Spen. We will be covering PMQs and more today. Sign up to LabourList’s morning email for everything Labour, every weekday morning. 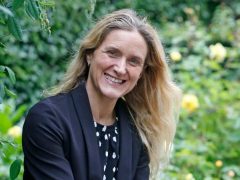