“New Labour, new Britain.” In his closing speech to the 1994 Labour Party conference in Blackpool, Tony Blair hammered home the message that Labour had changed; the party had evolved to meet the needs of late 20th century Britain. The removal from the party’s constitution of the old Clause IV with its commitment to state ownership of industry, the shift away from centralised economic planning towards a market economy, the change of name and logo, all sent a clear message to the electorate that Labour was ready for government. After four consecutive losses (1979, 1983, 1987, 1992), Labour swept to victory in the 1997 general election, and a new political era began.

Decades earlier, at the 1963 conference in Scarborough, Harold Wilson captured the zeitgeist perfectly when he promised to harness the “white heat” of technology and take Britain into a second industrial revolution. Alec Douglas-Home, the aristocratic, competent-but-old-fashioned Conservative leader was outmatched and Wilson led Labour to victory in 1964, and again in 1966.

Blair and Wilson knew the value of clear messaging. They themselves looked back to the first Labour landslide in 1945 when in the aftermath of war the posters proclaimed: “And Now – Win the Peace.” Herbert Morrison masterminded the campaign, and the posters – a brilliant design incorporating the V for victory symbol that had come to mean so much – are still popular today. Clement Attlee strolled to victory and Labour set about transforming Britain, creating the NHS and the modern welfare state.

Fast forward to the present. Labour has again lost four elections in a row (2010, 2015, 2017, 2019), and the last of those by a huge margin and with the lowest number of Labour seats since 1935. The party faces an existential crisis: the collapse of Scottish Labour, splits over Brexit and the fallout from the Jeremy Corbyn era have left Labour divided and demoralised. A fifth consecutive election loss in 2023/4 could spell the end of Labour as a national political force.

In these challenging circumstances, Keir Starmer was elected party leader a little over a year ago, supported by voters on the right and left of the party. But what is his message to Britain? What would his priorities be as Prime Minister? I suspect very few people outside the leader’s office, and maybe not everyone inside it, could answer these questions right now – and that is a serious problem.

Most people pay little attention to the details of politics. Very few political stories cut through to the wider electorate, and so leaders of the opposition, not receiving the same press coverage as the Prime Minister, must work incredibly hard to get their message across. Blair was successful during his stint as leader of the opposition in large part because he had Alastair Campbell, an absolute genius at political communications, on his side. Since he left frontline politics, Labour has not had anyone anywhere near as good as Campbell, and it shows.

In the years since Blair and Campbell stepped down, the Conservative Party has been way ahead of Labour in communications and far, far better at absorbing recent political history into its own mythology. As an example, the 2008 financial crisis was caused by a meltdown in the American mortgage markets but many people now believe the Conservative spin that overspending by the Blair/Gordon Brown Labour governments was the cause.

Labour could and should have built on the success of Brown’s response to the crisis, which saved the global financial system from total collapse. But this has been almost written out of history by the Tory spin machine. Labour has never managed to overcome this narrative and as a result every Labour leader since Brown has been forced to be defensive about economic policy.

Starmer’s message is not getting through. He is not a great public speaker and he does not have Boris Johnson’s charisma. If he wants to lead the country, he must find his own way to speak to the electorate and a message that captures the public imagination. Starmer cannot win over the electorate with legalese. He needs to learn the language of political communications, to appeal to emotion as well as reason and to tell his own story instead of having it told for him by the Conservatives.

To have any chance of winning the next general election, Starmer needs to capture – as Blair, Wilson and Attlee did – the desire for national renewal, for moral and political leadership. He must be inspiring as well as reassuring, and he must reclaim the historic achievements of the Labour Party in government: the NHS, the welfare state, Wilson’s liberal reforms, Blair and Brown’s economic stewardship. If he cannot find a way to do this, he may well go down in history as ‘Captain Hindsight’ – a childish caricature that works because Johnson repeats it every week at Prime Minister’s Questions, and because many voters feel instinctive sympathy for the Prime Minister at a time of national crisis.

Messaging matters more than almost anything else in politics. Since the ’60s, politicians have been exposed to ever greater media scrutiny. Wilson was a natural at TV interviews and Blair set the bar for every Prime Minister that came after. In the age of social media, anyone seeking to lead the country must be an effective storyteller and communicator. Starmer and the new Labour communications team he is about to appoint need to step up – the clock is ticking. 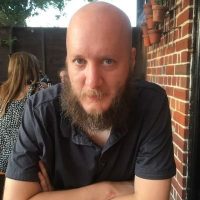 View all articles by Andy Rimmer