Today sees the publication of the government’s long-awaited end-to-end rape review. Rape victims have been failed for years. Ministers are right to apologise. We have to shake up the culture of rape investigations and prosecutions, and address the historically low number of rape cases that make it to court.

It’s no secret that rape conviction rates are disgracefully low, with systemic issues preventing women from reporting these horrific abuses. Many victims don’t feel supported and so aren’t able to stay in the criminal justice process long enough to secure a conviction of the perpetrator while far too many cases fall out of the system before they even reach court.

A major review of rape cases in London found that just 6% of rape allegations reached trial, with only 3% resulting in a conviction. Shockingly, 58% of victims withdrew allegations altogether. Dame Vera Baird, in her report on Rape Survivors and the Criminal Justice System, highlighted that just 14% of survivors of rape believed that they would receive justice by reporting the crime to the police.

It is symptomatic of a system that is inherently broken when those who report a rape find themselves subject to a disproportionate level of scrutiny. Myths and stereotypes around who is a ‘credible’ victim leaves people feeling discouraged and disbelieved and therefore unwilling and unable to remain in the criminal process to ensure that their attackers face justice.

This discourse was played out just last week in an article in The Times by Melanie Phillips, which implied that the current low rate of rape convictions is a result of women feeling “emboldened to make false complaints” following the start of #MeToo. Such views are not only inaccurate but can be immensely harmful. They increase suspicion of rape victims, compounding the trauma often experienced by survivors of these horrific crimes.

In London, we are working to address these issues head on. Sadiq Khan and I have committed to continue to work with the Metropolitan Police to support victims to come forward and help them through the process to improve conviction rates and improve the policing response. London’s Victims Commissioner Claire Waxman will continue to provide a critical role in improving the service victims receive, and work with organisations to reverse the terrible state of domestic abuse and rape investigations and prosecutions.

We’re clear that victims of rape should be treated in the same way as victims of other crimes. Too much effort is currently spent investigating the victim, rather than investigating the crime. This is simply wrong. We must hope that the good work contained within the government’s end-to-end rape review moves us towards an approach that focuses on the offender, not the victim. This means focusing on a suspect’s behaviour, rather than placing all the scrutiny and burden of an investigation on a victim who is often left traumatised by their experience.

Here in London, we are working with the Home Office, supported by the Association of Police and Crime Commissioners, to push for a national programme that transforms the way the police respond to rape. It focuses investigations on the suspect, rather than the victim and better supports them throughout the investigation process. It will result in innovative ways to prevent prolific offenders from reoffending, and measures to reduce victims withdrawing from cases. I’m pleased the government has learned from this approach and that pilots will be rolled out across a number of police forces. But it only has a year’s funding.

To further tackle the high rates of victim withdrawal, the mayor has committed to push for the victims of rape and other serious cases to have the option to prerecord evidence to minimise the agonising wait for court and enable them access to support. It would be far better if this was implemented urgently rather than further piloting and evaluation as set out in the rape review.

All of this will, however, come to very little unless there is a sustained uplift in court capacity to deal with the court backlog that is eroding trust and confidence in the criminal justice system across the board. It is also essential that the police and victim support services are provided with the long-term, sustainable funding sources they need to provide the essential bedrock to ensuring that justice is served.

Despite this, we will continue to fight to bring justice to the perpetrators of these horrific crimes and are determined to work with the government, the wider criminal justice system and campaigners to make that happen. We must restore the faith of victims that if they report, they will be listened to and the crimes will be properly investigated. 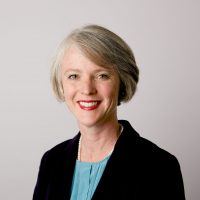 Sophie Linden is the deputy mayor for policing and crime in London.

View all articles by Sophie Linden