Is that it? The government’s ‘crime week’, coming a few weeks after Boris Johnson’s set-piece ‘levelling up’ speech, was meant to be the moment ‘normal politics’ resumed and the Conservatives reassured the voters that they understood their post-pandemic priorities. In fact, the combination of recycled announcements and crude gimmicks merely revealed a government with no meaning, no strategy and no mission beyond maintaining a majority.

Dominic Cummings calls Boris Johnson the ‘shopping trolley’, veering incoherently from one thought to the next. The bumbling, morally bankrupt Prime Minister is the personification of chaotic government. Crime week was a series of rehashed announcements – offenders doing community schemes are already required to wear hi-vis vests, the Prime Minister has for two years stated his intention to employ 20,000 more police officers (after a reduction of 21,000 since 2010), and there are already targets in place for local emergency services.

The week was full of gimmicks. Johnson called for “chain gangs” and bemoaned “left-wing criminal justice lawyers”. Priti Patel tweeted various videos and pictures of her with police officers, for whom she is introducing a real terms pay cut.

In reality, crime is up under the Conservatives. There are record levels of anti-social behaviour and knife crime. Nine out of ten crimes go unsolved. More than 98% of reported rape cases don’t result in a charge. The streets are less safe. There are fewer bobbies on the beat. More criminals are being let off the hook, with a creaking criminal justice system (on which I have written extensively for LabourList).

‘Crime week’ is symptomatic of this vacuous government, just as Boris Johnson’s long-awaited speech on ‘levelling up’ was inept, shallow and embarrassing. At one point, our Prime Minister appeared lost, bewildered by the life expectancy in Rutland. “It is an outrage that a man in Glasgow or Blackpool has an average of ten years less on this planet than someone growing up in Hart in Hampshire or in Rutland why do the people of Rutland live to such prodigious ages? Who knows – but they do,” he said.

Of course, we do know why. Anyone with a passing interest in social and economic inequality knows why. As Paul Johnson of the IFS put it, “people who are better off, and have happier, more fulfilling lives and good jobs, live longer and healthier lives than those who do not”. It is remarkable that after a decade of Conservative cuts that has disproportionately affected less prosperous areas, the Prime Minister feigns ignorance.

The speech also contained no meaningful policies to ‘level up’ our country beyond the announcement of some new football pitches. There was no new industrial strategy, or a skills agenda, or infrastructure announcement. Welcome though new pitches will be, it is hardly the expected result of a speech that was meant to set out this government’s overarching vision.

On the green agenda, Allegra Stratton, the Prime Minister’s COP26 spokeswoman, attempted to set out an agenda to reduce environmental impact. Her manifesto included not rinsing plates before using the dishwasher (more than 50% of the population don’t have dishwashers), freezing leftover bread and walk, don’t drive, to the shops. It’s difficult to feel confident that the government has fully grasped the climate change challenge.

Then we have the Prime Minister’s care plan. When he became Prime Minister, Boris Johnson stood on the steps of Downing Street and declared that “we will fix the crisis in social care once and for all with a clear plan we have prepared”. Over two years later, the silence is overwhelming. The government leaked a proposal to raise national insurance (a regressive option) to invest in social care, before their own plan was being rubbished by cabinet members who are rightly aware that it would represent a brazen breach of the party’s clear manifesto promise.

Quietly, a vacuum is emerging from inaction at the Treasury. Rishi Sunak has spent a lot of time on glossy videos for social media, but is yet to tell the public this government’s vision of a post-Brexit UK economy. How will the UK attract more investment? How will we mitigate the effects of leaving the single market? How, for example, will the UK increase exports in this new environment? That is why Rachel Reeves, the Shadow Chancellor, was right to pose these seminal questions in a recent intervention.

For Labour, there are glaring opportunities to hit home. On crime, for example, there should be a renewed focus on fraud. Last year, remote banking fraud rose by 68% and online shopping fraud by 38%. Most of us will have received a text message or email we know to be attempted fraud. Many will become victims. James Forsyth – a Times columnist, but also best friends of Rishi Sunak and husband of Allegra Stratton – has already written a warning to the government that this is an emerging issue of our time, and one that has pierced the public’s consciousness. Labour must be first to grasp it.

On the economy, Rachel Reeves is already offering a serious analysis on Brexit and the post-Covid recovery. Wes Streeting, back at work after time off for health reasons, will be a powerful advocate on child poverty in his new shadow cabinet role. David Lammy continues to defend the criminal justice sector, under attack from Boris Johnson’s government. Nick Thomas-Symonds has taken the fight to the government during crime week, pointing out the hypocrisy of the Conservatives’ stance.

Even so, as pointed out by former Labour adviser Karim Palant, according to YouGov more people have a positive opinion of Matt Hancock and Priti Patel than of any serving Labour politician. A deeper dive into those numbers reveals that much of this is due to sheer notoriety, rather than popularity, but it nonetheless illustrates the scale of the challenge for Labour. There is a lot of work to be done. 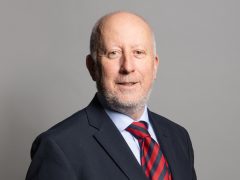 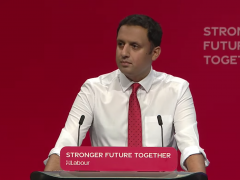