During the Unite general secretary election, LabourList has published comment pieces by Jack Dromey endorsing Steve Turner and by Gurinder Singh Josan backing Gerard Coyne; this piece supporting Sharon Graham was the second in the series.

My name is John Cooper. Thanks to LabourList for offering me the opportunity to endorse Sharon Graham as Unite’s next general secretary in the ongoing race that has seen ballot papers sent out from July 5th.

My Sunday title goes by the handle of Unite executive council member for the British and Irish car industry. I work at Vauxhall Ellesmere Port and have been in the union man and boy, almost all of it in the car industry. My union branch – one of the biggest in the country – voted unanimously to nominate Sharon.

Workers are coming out for her in droves because they know her. She has addressed their meetings, got sacked shop stewards reinstated and stopped the bosses’ fire and rehire tactics in their tracks. Workers in the union know that.

Sharon Graham is an outstanding trade union leader. Make no mistake, she is the best of her generation. She has been responsible for developing the entirely new strategy for union industrial action known as leverage, where, in the modern era, we find new ways to tackle bad bosses. She heads up Unite’s organising and leverage department, which leads that.

Take British Airways. They embarked on a fire and rehire strategy last year to sack thousands of workers and cut the wages and benefits of those remaining. Sharon went over the heads of the BA bosses and went to BA’s parent company, AIG, which forced BA back to the negotiating table.

More recently, she led a battle against Go North West buses in Manchester. Workers there faced months of bullying and intimidation from their employers who again used fire and rehire strategies in an attempt to cut wages and conditions for more than 400 staff. Sharon, along with organised union members, forced the employers to abandon that strategy. That’s why the Unite Go North West bus branch won’t hear a word said against her for general secretary.

Sharon Graham has led 15 or more major battles against bad employers in recent times. The result to date is Sharon 15, Bosses 0. She doesn’t do prevarication. Instead she offers the leadership that workers are now looking for. That includes Unite’s 300,000 women members. Sharon says she wants to get back to the workplace and get the union to renew what it says on the tin – fight for jobs, pay and conditions.

It’s not just this record that is winning over Unite’s industrial base – Ellesmere Port, Hinkley Point, London construction, you name it – but her manifesto that is also finding favour. She’s got a policy for the development of an industrial strategy for UK Industry, with the car industry as one of its powerhouses. That’s not matched elsewhere. At Vauxhall’s, we’ve had the £100m pound announcement about turning the plant into the European hub for electric van production. But Sharon knows that needs to be backed by a UK giga battery plant built here, and as general secretary she’ll fight for that. Workers know her track record.

That’s what the future looks like and we need to have a union that is strong enough to make sure the government listens to our voice. That’s not rocket science. There are 363 Tory MPs in the current government, so why is there so much talk about what the policies of the 199 Labour MPs mean for Unite members? Keir Starmer this, Keir Starmer that.

As far as I know, the Parliamentary Labour Party has never won a wage negotiation, never secured a collective bargaining agreement, nor won a strike for reinstating a sacked shop steward. Sharon Graham has. The political tail has been wagging the Unite dog for too long. Time to change that. Let’s get back to the workplace, as Sharon says.

Almost daily, workers at the plant say to me that Sharon Graham is a “breath of fresh air”. True. I think she is the one who can lead Unite, in the post-Covid world, in a way that workers will be proud of. The penny has dropped with Sharon’s opponents. She is the one to beat. But mark my words, they can try all the shenanigans they like, because Sharon’s going to win. 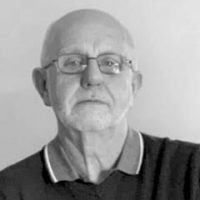 John Cooper is a Unite executive council member for the British and Irish car industry and the convenor of Vauxhall Motors branch in Ellesmere Port.

View all articles by John Cooper