We are now at the point in the political cycle – 20 months since the last general election and perhaps only another 30 months until the next one – when it is time to take stock. For Labour supporters, the clash between optimism and pessimism seems particularly sharp this year.

Keir Starmer will go to this year’s Labour conference having faced a unique set of challenges by any leader of the opposition at any time, but in Boris Johnson he also faces a Prime Minister with an ability to float above the political surface that has proved impossible to pin down.

In 2020, we saw real failure by Johnson and his government over the pandemic. His lack of crisis management could be contrasted with Starmer’s apparent calm and grip. In 2021, this has been offset by events that have worked entirely in Johnson’s favour. The public mood has been boosted by the vaccination programme, the G7 and (in Johnson’s case) the newly found discovery of a successful England football team, which has acted both as a national and political tonic. Harold Wilson blamed the unexpected loss of the 1970 general election on England’s unexpected loss in that year’s World Cup. Conversely for Johnson, the timing of England’s run could not have been much better, coinciding with the announcement of the end of most coronavirus restrictions.

Yet there is a strong possibility that by the autumn cracks will appear in the Conservatives’ armour. Big challenges lie ahead. The rising infection rates of both flu and Covid, backlogs in the NHS and the crippling impact on the failures of education policy on pupils and their parents will all be felt strongly after the summer. The creeping impact of Brexit and rising inflation will expose the great gulf in the hard decisions on public spending and taxation to be made by Rishi Sunak against the fantasies of his Prime Minister. It is not too hard to see the public mood changing and the role of an effective opposition growing.

Why, then, have Labour supporters got such a cold chill? The mood among supporters, donors and even members of the parliamentary party is at best downbeat – and many are fearful for the future. There are lessons to be learnt from the past that might help.

The two long periods of Conservative rule – 13 years to 1964, 18 years to 1997 – ended because Harold Wilson and Tony Blair both seized on ways to grab and hold the public mood and perception of Labour as the party of ambition, aspiration and the future. They showed radicalism, backed by the promise of effective government. They drove the idea that there was an alternative to ‘more of the same’. They exuded and articulated ambition for the future and showed viable potential governments to carry it out.

The current idea that policy cannot be formulated, debated or discussed simply reinforces the apparent vacuum in ambition that is pervasive and debilitating. Some sense of aspiration, of looking to the future, of driving ideas to being credible as a future government surely now must be a priority. There is a lack of a sense of purpose, which is hanging over the party and its leadership.

This is reinforced by the apparent desire of either the leadership or the huge shadow cabinet itself to be both invisible and inaudible. In 1964 and 1997, there were Labour leaderships that had to redefine their approach in long periods of opposition. Although there were few experienced ex-ministers on either frontbench before those elections, new generations had grown up in opposition, prepared to take the fight to the government of the day.

Wilson had in his first government in 1964 a team that included Barbara Castle, James Callaghan, Roy Jenkins, Denis Healey, Anthony Crosland, Tony Benn and Richard Crossman. Blair in 1997 had Gordon Brown, Donald Dewar, Robin Cook, Margaret Beckett, Mo Mowlam, Jack Straw and John Prescott. They were individuals capable in opposition of  taking the fight to the government of the day and then appeared as part of a government-in-waiting.

Today, there are a few frontbenchers apart from Keir Starmer and Angela Rayner who appear either visibly prepared or allowed to take the attack to the government. Jonathan Ashworth is one, given his mastery of his portfolio. Ed Miliband pops up to give good testosterone on Andrew Marr. But in general, the frontbench is nowhere to be seen.

Is this a deliberate media strategy? Is this a lack of confidence? A lack of things to say? Control freakery by the leader’s office? There are advocates such as Lisa Nandy and Emily Thornberry who seem to have been sidelined. There are equally shadow cabinet members facing very weak Tory ministers who simply don’t have any public presence at all. This cannot be a winning media or political strategy. The time surely has come to take off the shackles or remove those frontbenchers who are unable to create a public presence that gives a sense of direction and ambition.

Labour’s potential voters need to believe now that there is a credible alternative to Boris Johnson’s minute-by-minute opportunism. They need to think there is a better option than Gavin Williamson and Priti Patel. The run-up to Labour conference in September is the time to start displaying political ambition, effective team management and a clear strategy to display it. The time to show a genuine desire to win is not in two years’ time – it must be built from now.

This is the first in a series of comment pieces that LabourList will be running ahead of Labour conference (September 25th to 29th) on the theme of ‘where the Labour Party is now’. 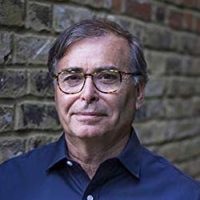 View all articles by David Kogan