The Conservative government introduced the health and social care bill a decade ago. I was working in the NHS at the time, and we expected change after the 2010 election but there had been broad political consensus on the direction of travel: developing services out of hospital, working with local authorities and enhancing GP and community care to support people closer to home. Instead, what we got with the Lansley reform was wholesale destruction of the infrastructure, focusing all attention on reorganisation and none on improving services.

The government was warned by those of us inside the system, and by MPs and experts outside, but it didn’t listen. The bill prompted me to seek elected office; my colleagues of all politics and none said at least someone up there will understand and try and make them listen. Fast forward to 2021, and I find myself facing the autumn trying to do just that: tell the government why a relatively simple task of tidying up the mess should not make things worse.

What I’d like them to do is take a breath and use the new health and care bill to give the NHS renewed life to truly achieve its objective of high-quality healthcare, free at the point of use, fit for the 21st century. We have the opportunity to implement the change that Labour has demanded election after election.

The themes of the proposed legislation are working together to integrate care, reducing bureaucracy and improving accountability and enhancing public confidence. Nobody can disagree with these themes. In fact, they are the areas we have been dancing around for many years. But we all know that this government doesn’t like accountability. After witnessing the behaviour of Matt Hancock with regards to abiding by the Nolan principles, procurement rules, the ministerial code and even his own Covid rules, we are right to be suspicious of a bill that gives the Health Secretary extraordinary powers to involve himself across England in local decisions about levels of services, hospital builds and who is in charge of our local NHS. Vast swathes of the bill amount to nothing more than a crony’s charter. If the new Secretary of State really does want to enhance public confidence, giving himself less unaccountable power would be a good start.

The Department of Health and Social Care has argued that this bill will remove much of the architecture of markets and competition. But many questions remain over what governance replaces it. Will public sector capacity be built up to replace the use of private providers? Will the new boards have properly elected or appointed chairs, independent directors and representatives from the workforce? How can the integrated care partnerships develop the strategies that local health, public health and social care need when the members are some of the current providers?

How can big and small providers be responsible for cooperating within the NHS local system when they, as individual organisations, still have to account for their own individual budgets? How do you run an integrated NHS body without local authorities and social care when so much spend is on disabled adults and older people care? With so little oversight, could we see ministers awarding contracts to family and friends and end up in the situation where, despite rolling back market forces in NHS England, we see the public locked out of any scrutiny of procurement? And so many more questions.

Labour is the party of devolution, but we have not taken this to its natural conclusion by devolving the running and accountability for delivery of the NHS to the people it serves. Nye Bevan may have been right in 1948 to centralise power in order to deliver a National Health Service but, as health is devolved in his native Wales, and Scotland and Northern Ireland, it is time to devolve it in England. We need to harness this bill to ensure we can continue our mission of devolving power within a framework of national standards.

What we cannot have is responsibility being dumped on local decision-makers without the funding to deliver. This blame-shifting in an under-resourced system has been foisted on local authorities for far too long. We have seen it with the provision of libraries, public health and public parks. We can’t allow it to happen to our NHS.

Above all, this bill must be focused on improving outcomes of care, both in the NHS and the social care sector. I favour integrated care: who wants disintegrated care? But some models bring care together for cost-saving or even cost-cutting. I favour a model where care is joined up around the needs of the service users, their carers and families and takes into account the community in which it is located. This bill has a long way to go until this can be achieved. Labour needs to seek out as many voices as possible to understand how we can do this.

I do not share the fears of some colleagues that the bill is another attempt to privatise the NHS, nor that it is part of a plan to run down the NHS so that it can be sold off. What I fear most is a missed opportunity to reinvigorate the NHS and secure outcomes of care at the centre of the NHS and social care system. We must not allow that to happen – we must seize this chance. 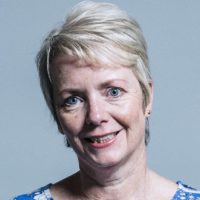