There is a gaping hole where the government’s employment rights policies should be. But while ministers continue to dither on boosting rights, Labour is starting to fill this void. This week, Labour announced a flurry of policies as it set out what it is calling ‘a new deal for working people’. These commitments from Labour come on the back of a litany of government failures on workers’ rights.

Time and time again, ministers have promised working people improved rights and protections. We have had manifesto pledges, an independent review and the promise of an employment bill. But barely anything has materialised – just broken promises.

All the while, the pandemic has exposed the low pay and insecurity at the heart of our labour market. Many of our key workers who we all applauded – like care workers, shop assistants and delivery drivers – are stuck on insecure contracts. They face markedly higher Covid mortality rates and a triple whammy of low pay, weak rights and low or no sick pay.

These workers are at the beck and call of their bosses, and often don’t know how much they’ll be earning from week to week, or whether they’ll even be able to put food on the table. This injustice is there for everyone to see. And it is exactly why Labour’s interventions on workers’ rights are so welcome.

The fight against insecure work

Labour’s plans to give all workers – barring the genuinely self-employed – the same floor of rights from day one in the job could be a game changer for working people. That’s because the UK has a complicated set of laws, which affords some workers more rights than others.

If you are an ‘employee’, you benefit from enhanced rights. But if you are ‘worker’, you will get only the most basic rights. ‘Workers’ tend to be in more precarious and in lower paid roles – with many in the gig economy. On top of this, false self-employment, particularly prevalent in the gig economy, has been used as a cover to deny workers these very basic rights including sick pay, the minimum wage and holiday pay.

The TUC has long called for all workers to benefit from the same set of rights currently enjoyed by ‘employees’. A single worker status would go some way to tackling the precarity and low pay too many in the UK face. Action is sorely needed – recent research published by the TUC found that one in nine workers (3.6 million) are in insecure work.

And it’s a vote-winner. TUC polling revealed that more than eight in ten (84%) working people want all workers to have the same rights.

For many, the new-found flexibility of when, where and how to work during the pandemic is a prize they don’t want to lose. Flexible working can include flexible hours (‘flexi-time’), compressed hours, staggered hours, annualised hours, and flexibility around school runs and other family and caring responsibilities, including childcare during school holidays. But too often employers turn requests down, particularly from those in working-class jobs.

This could all be changed by Labour’s plans on flexible working. Labour says it wants to give workers the right to work flexibly from day one of employment and place a duty on employers to accommodate this where there is no reason a job cannot be done in this way.

This is something the TUC has been banging the drum on. Allowing people more flexibility with work makes them happier, cuts absenteeism and raises productivity. And, unsurprisingly, it would be popular. TUC research showed that more than four out of five (82%) workers in Britain want to work flexibly in the future, rising to 87% amongst female workers.

Of course, new rights are worth little if you aren’t able to enforce them. That’s why it’s so important that any boost to workers’ rights is accompanied by strengthening collective bargaining powers and giving unions better access to workplaces. Shadow Employment Rights Secretary Andy McDonald, in his recent piece for LabourList, recognised this. Meanwhile, ministers are trying to wrap unions in more red tape.

So, while the government continues to sit on its hands when it comes to workers’ rights, Labour has made a promising start in setting out a transformative programme for working people. It is good politics, too. Eight in ten of those who switched from Labour to Tory at the last election said the government should protect and enhance workplace rights. Whether you ask voters in the Red Wall seats or metropolitan city seats – making sure everyone can get a good job close to home is priority.

Labour is onto a winning issue. But this isn’t the sum of our ambition for working people. It’s time to end the scourge of insecure work by banning zero-hours contracts once and for all. We should put the onus on bosses to prove that a worker is self-employed rather than vice-versa. And to help end structural racism at work, it’s time for Labour to get behind ethnicity pay gap reporting. 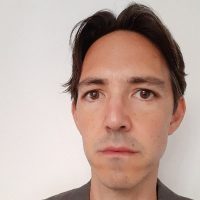