In a BBC NI interview on Friday, Keir Starmer was asked the unenviable question of what his position would be in the event of a referendum on the future of Northern Ireland. It’s not a straight-forward question for the leader of the opposition.

The Labour Party is rightly proud of the role it played in achieving the Good Friday Agreement, with its requirements for the British government to act as an honest broker for all in Northern Ireland. But attempts to create a new, more patriotic image for Labour lend themselves to a fondness for the union, while a large number of party members would back Irish reunification if the question was put to them.

Clearly uncomfortable, Starmer replied that “the decision, in the end, is for the people of the island of Ireland” but also that he would “make a strong case for the United Kingdom”. Predictably, the inherent controversy of the constitutional question then overshadowed everything else said in the interview, including opposition to a blanket amnesty for soldiers who served in Northern Ireland and condemnations of how Boris Johnson is handling ongoing tensions around the Northern Ireland protocol.

The instinctive response from many – that it would not be the place of British politicians to get involved in a referendum debate – is the correct one and in keeping with the spirit of the Good Friday Agreement. It is important that the question is seen as one of self-determination for the people of Northern Ireland, though it would be naïve not to expect politicians outside Northern Ireland to advance their own views when the day comes.

This is not to say that Starmer’s words are a violation of the agreement, as some have claimed, nor that they would they be if he were to become Prime Minister (a mistake seemingly borne out of misinterpreting neutrality of the government as referring to all politicians in the governing party, rather than the apparatus of state). But his stance is not one I would be comfortable seeing our party take.

This applies both ways, of course. Several Labour MPs have replied to Starmer’s interview by saying that Labour should actively support reunification, taking the policy of our Northern Irish sister party, the SDLP, and some commentators have fallen back on the old refrain that Northern Ireland must be “given back”. Setting aside ongoing concerns about the SDLP’s status as our sister party after their partnership with Irish centre-right party Fianna Fáil, this fails the same test and in the latter case goes so far as to deny the people of Northern Ireland agency over their own politics.

More broadly, the discourse that has come out of this interview is typical of a larger problem in how the British left tends to relate to Northern Ireland. It is too often seen only through a constitutional lens rather than as a real place, where two million people live and work.

This is not for lack of opportunities to engage with ‘normal’ politics either. Northern Ireland has the highest density of trade union membership of any region in the UK and in recent years has seen high-profile wins for the unions in bakeries and the Harland and Wolff shipyard. Despite legislation enacted from Westminster to legalise abortion, heel-dragging on setting up services has left many women still needing to travel to access this basic right. And being placed at the frontline of Brexit has led not just to strains on a still fragile peace process but also challenges to Northern Ireland’s economy that go beyond headlines about sausage bans.

To her credit, our Shadow Secretary for Northern Ireland, Louise Haigh, does frequently demonstrate a three-dimensional understanding of the province. Many in our party would do well to learn from her. 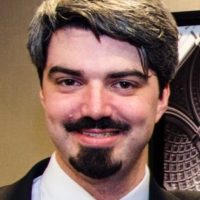 Matthew Shannon is a Labour activist from Northern Ireland and secretary for Nottingham East CLP.

View all articles by Matthew Shannon