One of the defining features of the Labour Party has always been its emphasis on social mobility and equality of opportunity. If it were not for schemes like the Educational Maintenance Allowance and AimHigher, championed by the last Labour government and subsequently scrapped by the Tories, it would never have been possible for someone like myself to attend university.

While education is supposed to be the great social leveller, it has proved to be anything but, with class background casting a far longer shadow than many of us would like to admit. According to the Labour Force Survey, the largest survey of employment in the UK, people from working-class backgrounds who enter elite universities and professions still earn on average £6,400 less than peers drawn from the middle class. That’s a class pay gap of nearly 16%.

I’ve lost count of the number of times friends and colleagues from less well-off homes have told me that they were overlooked for promotion or a pay rise because another colleague had received a tap on the shoulder or was considered to be the ‘right fit’.

Many – including the Labour frontbench – have rightly highlighted and campaigned for companies to publish their gender and race pay gap data, but the class pay gap remains neglected. It exists because intelligence and merit are so often conflated with cultural tastes, mannerisms and confidence. But notions of being the ‘right fit’ are all signals of social class, not necessarily merit or aptitude.

The Labour Party must therefore place tackling the class pay gap at the heart of its social mobility agenda. It speaks to the frustrations of so many up and down the country who have been held back for no other reason than the circumstances of their birth.

It could start off by asking big firms to publish data on their class pay gaps. Major companies have already begun collecting data from employees about the type of school they went to, whether or not they were on free school meals as students and parental occupation. Publishing data regarding the class background of all staff, in particular those in senior leadership positions, will allow for transparency and benchmarking across firms and sectors.

Labour should also push for legislation to tackle class inequality in the workplace. Socio-economic background should be put on an equal footing as other protected characteristics found in the Equality Act of 2010, which would make discrimination on the basis of class illegal.

The class pay gap is worse for women, ethnic minorities and disabled people. The Labour Force Survey found that women from working-class backgrounds earn on average £19,000 a year less in elite occupations than men from privileged backgrounds. The figure is even higher for women who are not white.

Tackling it should be a priority for Labour, a party committed to ensuring that nobody is held back by the circumstances of their birth and all are able to progress as far as their talents and hard work will take them. 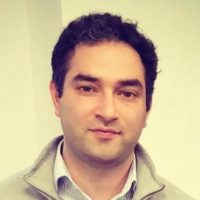 View all articles by Basit Mahmood