In August 1945, the atomic bombs dropped on Hiroshima and Nagasaki led to the loss of between 110,000 and 210,000 lives. Many of the long-term impacts of the bombings, such as cancer clusters, can still be seen across Japan today.

As we mark one of the darkest anniversaries of the Second World War, it’s a timely reminder that the UK should play its part in furthering nuclear non-proliferation across the world, so such terrible suffering can never happen again.

This is a dangerous period in the history of nuclear weapons. The world’s arms control framework is under threat. A number of treaties designed to limit arms and build confidence have unravelled in recent years, including the INF Treaty and the Open Skies agreement.

While it was welcome to see the renewal of the New START agreement earlier this year, it is the only agreement that specifically places limits on the number of nuclear warheads that can be held by the US and Russia – who together possess more than 90% of the world’s nuclear weapons. At the same time, changes in technology threaten to upend the nuclear status quo, creating new risks and provoking a wider technological arms race.

Meanwhile, China is currently undergoing the largest modernisation and expansion of its nuclear arsenal in its history. This is a particularly worrying development given rising tensions with the US, China’s more assertive approach to Taiwan and its territorial ambitions in the South China Sea. It’s more important now than ever before that China is brought into dialogue on the future of nuclear non-proliferation and arms control.

With its position as a nuclear power on the UN Security Council, the UK could take a leading role in convening negotiations towards an unprecedented agreement with all the nuclear powers.

The integrated review, the government’s international strategy published in March, was an opportunity to reboot Britain’s commitment to help forge the next generation of necessary arms controls and security agreements. Instead, the government went in the opposite direction: choosing to increase the cap on the number of UK nuclear warheads by 80.

This is a reckless move that breaks with the ‘slowly-but-surely’ approach to multilateral disarmament that UK governments of all political colours have adopted for decades, without even a clear explanation of when, why or for what strategic purpose. It sends the wrong message to the world on nuclear responsibility and risks making the world a more insecure place.

The UK government has damaged its credibility in helping to negotiate the renewal of the Joint Comprehensive Plan of Action (JCPoA), the agreement struck to prevent Iran acquiring a nuclear weapon. With a hardline President coming into office in Iran, and as that country continues to break its commitments on uranium enrichment, leadership on this is needed now more than ever.

By raising the cap and therefore leaving the door open to increase the stockpile, the UK government undermines its ability to call on others to meet their obligations and ditches the goal of successive Prime Ministers and cross-party efforts to reduce our nuclear stockpile while maintaining a credible deterrent.

Instead, we need a UK government that can show real leadership on this issue on the global stage, and which will take an approach rooted in international law. At the delayed 50th Nuclear Non-Proliferation Treaty Review Conference next January, the UK has to take the opportunity to reaffirm our longstanding commitment to multilateral disarmament and urge our adversaries and allies alike to adopt a no first-use policy and to end the testing of nuclear weapons.

The world’s largest nuclear power – the United States – still hasn’t ratified the Comprehensive Test Ban Treaty (CTBT), which would effectively outlaw nuclear brinkmanship through testing. As we have seen so often in the past, testing nuclear weapons provides a catalyst to potential conflict and has also led to significant cancer clusters in areas where the tests take place.

We must act to encourage as many nuclear powers to sign and ratify the treaty as possible, in order to reduce the risk of a nuclear conflict, which would have devastating consequences for the entire human race. And we should take the lead in addressing the technological and cyber risks of the future.

The nuclear powers have a solemn responsibility to make the world a safer place, and work together toward the goal of a world free of nuclear weapons. The UK government must realise those responsibilities and lead by example. The stakes couldn’t be higher. 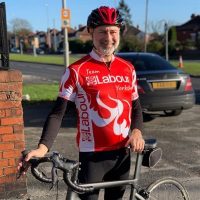 Fabian Hamilton is Labour MP for Leeds North East and shadow minister for peace and disarmament.

View all articles by Fabian Hamilton