I grew up in the North Manchester suburb of Failsworth. Despite being just four miles from the city centre, it has its own identity and is the kind of small town where generations of families stay living and everybody knows everybody else’s business. Politically, it’s been part of the Borough of Oldham since 1974 and, with its history of heavy industry, cotton spinning and hatting and the trade unionism that goes with it, has traditionally voted Labour.

Of course, much of the industry has now disappeared, with the public and service sectors picking up the slack. Whilst in other areas this kind of change has fuelled discontent and led to the growth of the far right, with the exception of UKIP winning a council seat in 2014 with a small majority, Failsworth has not succumbed to the politics of hate in the way that other areas have over the years.

Tales from the doorstep of the 2003 by-election, when current Shadow Transport Secretary Jim McMahon was first elected as a councillor, recant that Failsworth’s rump of Tories united with Labour voters to defeat a perceived threat from the BNP with comments like “I’m voting Labour, we don’t want those kind of people representing us” common from those who had never voted Labour before. The by-election had one of the highest turnouts ever recorded and Labour chalked up a record majority.

Fears about the stigma of being an area that votes for the far right have not gone away. Parties or candidates who are explicit about what they represent, such as the BNP or National Front, still provoke a reaction among decent people to turn out and vote to keep them out of office. But in places like Failsworth the far-right appear to have found a new banner to stand under, which conceals their true nature and attempts to convince the unsuspecting that they are simply people who care about their community. It is the banner of hyperlocal independents.

The Independent surge that was the story of the 2019 local elections was not confined to sleepy Tory districts disappointed by Theresa May’s leadership of the Conservative Party. In my hometown, an Independent candidate picked up a seat in one of the Failsworth wards. Exploiting discontent with mainstream politics and a contentious planning issue while benefiting from his personal name recognition (as a local taxi driver), the Independent candidate came from nowhere to win the seat from Labour with over half the vote. It didn’t take much digging afterwards to find that the new councillor was a frequent sharer of unpleasant far-right views on social media, including one post describing asylum seekers as “the enemy within”, and that he had a criminal record with a historic conviction for fraud and false accounting (sound familiar?).

Shortly afterwards, a new party appeared on social media, the “Failsworth Independent Party”. The new Independent councillor was admitted, and the party began spreading its “non-political” message of how it was the only political organisation that cares about the town. They present themselves as local people standing up to a council that has forgotten about their community. Such claims seem innocent and are designed to be attractive to people sick of politics.

But what seems innocent is something far more sinister. The local community they claim is forgotten is 95% white British, while members and supporters of the Independents post regularly in local Facebook groups about an Asian “cartel” that controls the council and commits widespread postal vote fraud, echoing Nigel Farage. They also echo Tommy Robinson in accusing the local council of covering up Asian grooming gangs, with one member appearing in a campaign video for Robinson during the 2019 European election campaign. During the Black Lives Matter protests in 2020, the leader of the party and the candidate that defeated me followed the far-right thugs in London with a post about “All Lives Matter”. The fear, division and hatred peddled by the Independents and their supporters aided them in picking up another two seats from Labour in 2021, including the one I used to fill.

This is not to say that all Independents are far-right, of course: there are many examples of Independents making a difference on parish, town, district and county councils. Unfortunately, though, in post-industrial areas like mine there is a pattern emerging of “Independents” using the banner to conceal their true nature, like Proud of Oldham and Saddleworth, whose leader ‘likes’ white supremacist and George Soros conspiracy theories on Twitter, or the Rotherham Democratic Party, which has hoovered up Rotherham’s former UKIP councillors, or Bolton for Change, formed by former Bolton Brexit Party activists.

My message here is not to dismiss new minor parties but to afford their personnel, policies and behaviour the same scrutiny you would any other party. If a person or organisation seeking political office claims to be “non-political”, it’s advisable to check out for yourself whether this is indeed true – or whether it is cover for political views they would rather you didn’t know about. 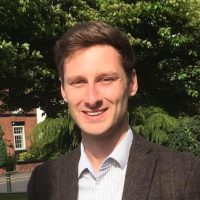 Sean Fielding is the former Labour leader of Oldham Council in Greater Manchester.

View all articles by Sean Fielding