Social care in this country is in crisis. Covid has exposed structural issues within the system that have enabled the interests of shareholders to be prioritised over service users. Resolving the UK’s social care crisis is closely tied to mitigating and adapting to climate change, and should therefore be a key part of a green new deal.

Even before the pandemic, austerity meant that social care was in a chronically underfunded and precarious state. Since 2010, cuts to local authorities have led to £7.7bn being taken out of social care budgets. Eligibility thresholds have been tightened and as a result there are 1.4 million older people going without the support they need.

The capacity of the social care system has also been hollowed out by privatisation. Nearly a third of care homes are owned by overseas investors, viewed as assets for extracting large profits. As much as 29% of weekly fees paid by local authorities go straight into the pockets of shareholders, instead of funding services.

Poor employment practices are widespread throughout social care, including illegal underpayment, zero-hours contracts and refusal to pay pandemic sick pay. These conditions don’t just harm employees – they make the service provided worse. There is a staff shortage of over 120,000 carers, which could increase to over 520,000 by 2035.

With the consequences of climate change becoming increasingly severe, it is vital that we rapidly transition to a low-carbon economy. Addressing the structural issues within social care will be a key part of that.

Social care jobs have a very low carbon footprint. They will therefore be instrumental as we move away from an economy based on extractive and polluting industries. Workers who may subsequently find themselves unemployed could have the opportunity to retrain as social care workers. This would help to address the large staff shortages in the sector.

A national care service can further help us mitigate and adapt to the effects of climate change. In the words of Rhiana Gunn-Wright, an author of the US green new deal: “Economic transformation is not possible without care infrastructure.”

Much of the care burden that is created by insufficient services falls into the domestic arena. There are now 13.3 million unpaid carers in the UK, the majority of which are women. In the long term, building up the capacity of the social care sector would reduce pressure on unpaid carers. This would give them freedom to find employment in green industries, instead of being compelled to compensate for a failing system.

Climate change has huge health implications, increasing the need for social care provision. The groups who will find it hardest to afford social care in the future are the same as those who are mostly likely to suffer from the health effects of climate change in the UK. These include disabled people, women, people of colour and working-class people. Establishing a national care service is fundamental to a just adaptation to climate change.

A national care service is a properly funded, publicly-owned service, free at the point of need. Access to social care would work like the NHS. This would replace the discriminatory means-tested service currently available. It would also place people before profit, creating certainty over funding and protecting service users from the instability that comes with private ownership.

A national care service would make social care community-based. It would be realigned towards independent living, empowering people to make their own decisions about the support they need to fully participate in their communities. More widely, decision-making would be moved away from central bodies and towards service users so that the implementation of social care policy is relevant to local conditions.

Finally, it would mandate a standard employment contract and end poverty pay for social care workers. This would include full sick pay, fully contracted hours paid at the real living wage and a guarantee for all hours worked – including travel time and sleep-in shifts. Carer’s allowance would be increased to a real living wage. A long-term workforce strategy to counter the recruitment and retention crisis would also be developed. 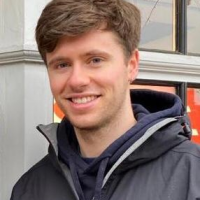 Will Byrd is a policy researcher for Labour for a Green New Deal.

View all articles by Will Byrd