One week in spring last year, something unusual happened on my street. Little boxes of truffles began appearing outside people’s doors. First one household, then the next, was treated to a handful of carefully rolled saccharine morsels. What sounds like a mystery plucked from the golden age of detective fiction had a much simpler explanation: the first lockdown was beginning to drag, and my partner had chosen the universal language of chocolate as a way of breaking the ice with our neighbours.

She wasn’t alone in her civic pursuit. In those early days of the pandemic, a wave of community activities swept the country as quickly as coronavirus did. Mutual aid groups materialised, many covering areas as small as a few streets. Existing volunteer organisations jolted into action, helping the vulnerable get by.

I couldn’t help thinking how inherently Labour it all was. In the face of a deadly virus, ordinary people were casting aside their time-tested strategy of “ignore thy neighbour” to support others, often brought together only by a shared postcode.

None of this was mandated by our Prime Minister, who has been much more vocal about his desire to “level up” Britain. So far, it’s proven to be the Ulysses of political ideologies: people love to bang on about how brilliant it is but find me anyone who actually understands it. There’s been some allusion to infrastructure and strengthening the economy, but beyond the inadequate Community Ownership Fund, we’ve heard very little about support for grassroots activities.

As the pressure mounts on Keir Starmer to set out his offer, here lies a golden opportunity to put a distinctly Labour stamp on levelling up. Fund communities at the most local level and let residents decide how the money is spent. After all, they’re best placed to know what needs to change, whether that’s opening a dazzling new youth club, or transforming the unloved patch of earth that really should be a wildflower meadow.

It’s a popular idea in the parts of the country that Labour needs to win back: a recent Survation poll found that almost 60% of people in “left behind” areas want more of a say over how money is spent locally – and I know it works because I’ve done it.

For the last year, I’ve chaired St James Street Big Local in Walthamstow, East London. It’s one of 150 community organisations across England set up by the charity Local Trust and injected with £1m to see what impact groups of residents could have if they were properly funded. As well as plugging gaps left by central government (buying tablets for school children and supporting food banks during the pandemic), we’ve commissioned public art to build a greater sense of local identity, and helped transform a rundown car park into a bustling food and retail destination. Imagine the social and economic benefits of expanding this model across the country.

Conveniently, Labour already has form in this department. The New Deal for Communities ran from 1998 until 2011 to improve lives in 39 of England’s most deprived neighbourhoods. Onward, a centre-right think tank founded by Neil O’Brien, the Prime Minister’s own levelling up advisor, recently called it the most successful regeneration programme in the last 50 years.

This heritage provides a solid foundation on which to build a return to grassroots funding. What’s more, the policies are already written; meaty, cogent solutions that outshine the nebulous Tory offering. For example, let’s establish a Community Wealth Fund to invest the billions of pounds lying in dormant assets doing nothing, and dish out the returns to residents for them to spend as they please.

As we descend upon Brighton to debate Labour’s future, let’s embrace community as our response to levelling up, and come the next election we’ll make sure it’s tanks, not truffles, we’re parking on Boris Johnson’s lawn.

Local Trust is co-hosting ‘Reconnecting: Putting community power at the heart of Labour’s future’ with the Fabian Society at Labour conference on September 28th. 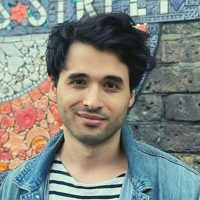 View all articles by Sebastian Salek