We have all learned the names of these women over the past year since their tragic murders. They are not alone: more than 100 women have been killed by men since the start of the year. And whilst the government has promised to take action to ensure women no longer have to live in fear of assault, harassment and abuse, many of the measures announced this year have instilled little confidence with women’s groups.

This is because women have been living with unacceptable levels of violence and have seen poor responses from all parts of the state for too long. Instead of decisive action and meaningful resourcing to tackle the root causes of male violence against women, we have seen a priority made of enhancing street lighting and CCTV and a worrying highjacking of the issue of violence against women and girls (VAWG) to justify draconian and authoritarian measures in the police, crime, sentencing and courts bill.

Following a two-year wait, a review into the criminal justice system’s response to rape was published in June. The appointment of a named, ministerial lead for the review’s outcomes will hopefully bring some much-needed accountability for the sweeping changes required to reverse the appalling decline in rape prosecutions, which remain at some of the lowest levels ever recorded. However, at present there is no long-term funding in place to ensure that efforts to transform the justice system are sustainable, and to support the growing number of victims/survivors of male violence seeking support.

The recently refreshed Home Office-led Ending VAWG strategy has failed to address some glaring equalities issues when it comes to our justice system – including the structural barriers that Black, minority ethnic, and migrant women face in reporting abuse in the first place. Calls by politicians for tougher sentencing will have a negligible impact on the small minority of perpetrators convicted of these crimes, do little to reduce and prevent violence and harm, and may exacerbate existing inequalities. Labour’s VAWG green paper acknowledges a criminal justice approach alone will only act as a sticking plaster on an epidemic that is rooted in the prevalence of misogyny and inequality across our society. We couldn’t agree with this statement more.

The ending-VAWG sector has seen their life-saving services decimated by over a decade of austerity and under immense pressure as a result of growing demand over the pandemic, with specialist services led ‘by and for’ Black and minoritised, Deaf and disabled and LGBT women at the sharpest end. It’s why commitments to introducing multi-year financial settlements and specific funding streams to support specialist services are essential. Alongside this, we need to change how we view and commission these services in the first place, moving away from a ‘one size fits all’ approach that does not meet the diverse needs of survivors, and must properly recognise the social value of specialist VAWG services.

We need an approach that understands how gender inequality intersects with other structural inequalities such as racism, classism and ableism. The Domestic Abuse Act, though heralded as a once-in-a-generation opportunity to transform the response to domestic abuse, leaves migrant women without the same level of protection and support as other abuse survivors. And nine years after signing the Istanbul Convention, the UK is no closer to ratifying it because of a failure to ensure protection and support without discrimination.

Looking forward, we need political resolve to take on the tech giants and tackle online VAWG. One in five women in the UK have been subject to online harassment or abuse. 83% of women who had experienced threats to share their intimate images from a current or former partner experienced other forms of abuse. The online safety bill must recognise online VAWG as a specific harm, empower a robust and effective regulator who is willing and able to challenge tech companies, and ensure there is specialist support for victims.

In school settings, we urgently need an appropriately resourced ‘whole school approach’, as was also recommended by Ofsted in their review into sexual harassment and abuse in schools. This means school leaders prioritising tackling abuse, teacher training, and making links with local specialist organisations to address the needs of the whole school community, prevent VAWG and ensure safety for both students and staff.

Developing an effective response to VAWG requires ambition, vision and long-term resourcing. If we want future generations of women and girls to live in a world free from abuse, we need to be bolder in what we want to see and achieve. A different world is possible, but we need the political leadership, will, and investment to make it happen.

LabourList will be hosting the Labour conference 2021 fringe event ‘How many more? Time for an effective response to violence against women and girls‘, sponsored by the End Violence Against Women Coalition and kindly supported by Harold Immanuel, on Sunday 26th September at 3pm in the Ambassador room, Hilton Brighton Metropole (secure zone). 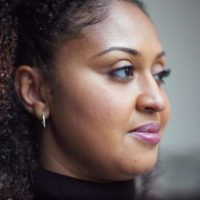 Andrea Simon is director of the End Violence Against Women Coalition.

View all articles by Andrea Simon