Labour will force a vote on Universal Credit today. Jonathan Reynolds has appealed to Conservative MPs to back the motion, which opposes the government plan to cut the £20-per-week uplift introduced earlier in the pandemic. The Shadow Work and Pensions Secretary said last night that he is giving them “the chance to do the right thing”. This might all sound a bit familiar, because this is the second attempt by the party to table the debate. Ministers cancelled an opposition day last week so MPs could vote on the health and social care levy instead.

The levy, which will see National Insurance contributions rise by 1.25 percentage points to fund the NHS and (ostensibly) changes to social care, was rushed through the Commons yesterday. After voting on an initial resolution last week, MPs considered all remaining stages of the bill and it passed its third reading with a 56-vote majority. Despite speculation over the past week that a considerable number of Conservatives might rebel, just ten did so in the end. As a money bill, one concerned only with national taxation, public money or loans, the Lords cannot amend it.

Marsha de Cordova resigned from Keir Starmer’s shadow cabinet yesterday. The London MP stepped back from the role of Shadow Women and Equalities Secretary saying that she wants to “focus more of my time and efforts on the people of Battersea”. De Cordova has had a strained relationship with the leadership, particularly after she signed a letter along with eight other Black Labour MPs who said they were “disappointed and seriously concerned” by the indefinite delay of the Forde Inquiry. Sources also report tensions over the extent to which the party should be engaging with groups opposed to Starmer’s stance on reforming the Gender Recognition Act and supporting self-identification. Sources close to de Cordova have said, however, that her resignation has “absolutely nothing to do with trans rights”.

Welsh Labour and Plaid Cymru are in talks over a potential cooperation agreement in the Senedd. The parties released a joint statement yesterday. It is unclear what the arrangement will be in the end, but LabourList understands it will not be a coalition. No one should be surprised at talks over cooperation. Labour holds 30 of the 60 seats in the Senedd, which is the most it has ever achieved, and no party has ever had an outright majority. Mark Drakeford has often said that he would work with others. The Welsh Labour leader explained just after the election results were ann`ounced in May that he was “open to working with any party where there is common ground between us”.

On LabourList this morning, Luke Akehurst and Laura Parker have written on why Labour should commit to introducing proportional representation in its next manifesto. The unlikely pairing – the Labour First secretary and former Momentum national coordinator and Jeremy Corbyn press secretary, respectively – told readers:  “We have disagreed fundamentally with one another for many years on Labour’s future direction, from who should be leader of the party to its stance on nuclear disarmament. But we agree on one crucial issue.” Read their full piece here.

Akehurst and Parker write ahead of Labour conference 2021, which is due to kick off on September 25th. LabourList will be running several events at the annual gathering – most importantly, our legendary karaoke night is returning. Book your ticket here now and make sure you don’t miss out. 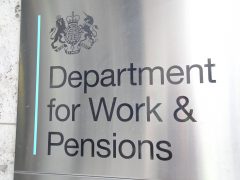 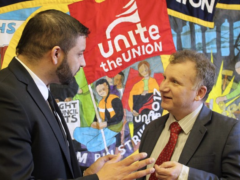 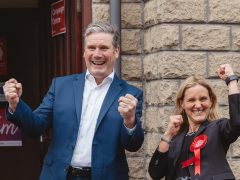