We lead two very different organisations that share one core conviction. Power to Change supports and advocates for businesses run by local people for the benefit of their local community. The Cares Family helps people find connection in a disconnected age by bringing together neighbours from different walks of life to share time, laughter and new experiences. We are united in believing that, as a nation, we will only overcome the challenges we face if we break open the pockets of power and powerlessness that shape modern Britain and drive decision-making downwards.

Next month, our two organisations will jointly publish a paper aimed at joining the dots between people, places and power. In it, we will set out how the social fabric of communities across the UK has frayed because of a number of big societal trends – from globalisation and gentrification to digitalisation and cultural fragmentation. And we will explore how the crisis of disconnection that has resulted from these shifts is compounding many of the biggest challenges we face today – from long-running cycles of economic decline to the loneliness epidemic and the feelings of dislocation and disempowerment that have upended our politics in recent years.

We believe that, if falling community feeling has served as a gateway to economic, social and health inequality, then any government that is serious about tackling those issues must be serious too about investing communities with the power, trust and resources they need to unleash their area’s potential. Yet, for far too long, the prevailing wisdom in Westminster has reflected an unspoken assumption that any meaningful attempt to resolve economic and social challenges must revolve around the central state or the market. The ‘third pillar’ of community has been treated as an afterthought, if it has entered the equation at all.

During the last decade, our political debate has often seemed to conflate the belief that belonging to a community matters deeply to people with the view that we should seek to turn back the clock to a bygone – more socially conservative – era. But we have been hugely encouraged by the recent rise of voices across the political spectrum advocating a different approach. One grounded in a recognition of the power of relationships and of the fact that people who know and love their local area often understand what it needs to thrive much better than politicians and officials based in distant centres of power. A belief that communities can, with the right support, build a better future for themselves.

Covid has shown us that a sense of local togetherness isn’t just a nice thing to have. Polling research carried out for our forthcoming joint report shows that 47% of UK adults say they would value being able to spend more time than they did prior to the pandemic taking part in community activities and connecting with their neighbours. The same proportion say that local people should have the most say over what happens in their local area, while only 8% say politicians in Westminster should.

As we emerge from a chapter of our national story in which we were all reminded of the central importance of relationships in our lives, we have an opportunity to grow and nurture the community spirit that got us through the darkest days of the pandemic and to forge a politics with community at its core.

Our fundamental aim should be to empower people to take control of the decisions, services and spaces that shape the places where they live. That’s why we’re calling on the government to learn from the example of the Biden administration’s community revitalisation fund and put funding decisions in the hands of local people. Practically, this could be realised through directing 25% of the UK shared prosperity fund to community-led partnerships.

In order to drive change in their area, people need places and spaces in which they can come together, form meaningful relationships and together improve the lot of their place. To ensure that these spaces exist in all communities, we also need action to radically increase the share of buildings and land in community ownership in less prosperous areas.

Finally, we believe ministers should establish a new national commission to explore how we can learn from the community institutions that have sprung up in recent years – from ParkRun and community business to the programmes delivered by The Cares Family – to create a vibrant set of institutions for the 21st century to fulfil people’s desire to connect meaningfully with one another.

Ultimately, this programme of institution building must be part of a bigger mindset shift in which we fully recognise the ways in which choices made by those with power, in government and in business, determine whether we are able to develop the relationships which sustain us. The pandemic has reminded Britain of what our communities are capable of. The political party that demonstrates that it can harness our renewed community spirit so as to create a better, more prosperous and fair country will shape the future. This is a moment for faith in people and imagination and political will to shape a new social contract. This is a moment for a new politics of community and connection. 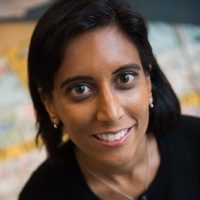 Vidhya Alakeson is CEO of Power to Change.

View all articles by Vidhya Alakeson

Alex is the founder and CEO of The Cares Family. He was editor and first director of LabourList in 2009-2010, during which time he established the site as the number one Labour blog, and later an aide to Ed Miliband.