Labour members and the party leadership have the opportunity to reaffirm their commitment to a four-day working week at party conference. It’s an opportunity that should be taken – before the Conservatives get there first.

Since the Covid pandemic, the four-day week (with no loss of pay) has hit the mainstream. The results from major trials in Iceland were an “overwhelming success” and trials are now taking place in Spain, Scotland and Ireland. Even in Japan, infamous for overworking, the government has urged employers to switch to a four-day week to improve work-life balance.

Recent polling on a four-day week in the UK shows that the policy is more popular than ever before, with the pandemic opening people’s eyes to a new world of work and the move towards flexible working helping to open the door. The policy has come a long way since Jeremy Corbyn’s leadership of the Labour Party – and as we begin to ease back into a post-pandemic world, Labour must seize the moment by backing this change to the working week that has been long overdue.

It was 100 years ago that the trade union movement won us the weekend, paving the way for the nine to five, five-day working week. This model of work is now outdated and no longer fit for purpose. It’s important to remember that it was designed for an agricultural and industrial economy. With the world of work completely transformed a century later, there is absolutely no good reason why people should still be working five days a week or more.

Long working hours are an acute problem for the UK, where we work the longest full-time hours compared to any country in the EU except for Greece, while having the least productive economy and the fewest number of bank holidays. Numerous studies have shown that a four-day working week with no loss of pay results in greater productivity at work. Believe it or not, working fewer hours doesn’t mean getting less done.

Transitioning the economy to a four-day, 32-hour working week would be a major boost to workers – helping to prevent burnout, overwork and work-related mental health issues, which are rife in the British workplace. Angela Rayner, Labour’s Shadow Secretary for the Future of Work, has talked up the need for more flexible working and even mentioned “four-day weeks” but so far the party has avoided making its support for the move crystal clear.

The policy is a natural fit for Keir Starmer’s head of policy Claire Ainsley, who has a focus on reconnecting with families, as the four-day week would give people more time to spend with their loved ones. This feels more important than ever after Covid. In fact, polling we carried out last year showed that spending more time with family was the overwhelming first choice for how people would spend their extra free time on a four-day week.

When it comes to the Conservatives, they seem to have relaxed their position on a four-day week since the 2019 general election. Chancellor Rishi Sunak temporarily supported moves towards a shorter working week by bringing forward the short-time working scheme in response to the pandemic. With greater automation and new technology still to come, there is a growing inevitability about the need to move to a shorter working week to share work more equally across the economy.

There is a real risk for Labour that the Conservatives will see which way the wind is blowing on this issue and get there first. By backing the four-day week at conference, Labour can show itself to be ahead of the game – and lead the way on transforming the future of work. 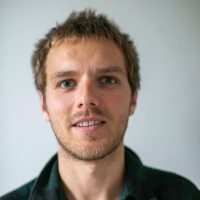