After a difficult week in Westminster, the loss of Sir David Amess, a beloved and dedicated constituency MP, has really put into perspective the important things in life. Sir David was utterly devoted to his constituents in Southend, and while I sadly didn’t know him closely, I do know that we shared a fondness for Westminster Hall debates.

I am holding a debate on access to cash today to talk about the importance of cash in communities, from spending in small businesses on our high streets to support for people who rely on cash to budget. And while I can’t claim to have guaranteed Sir David’s attendance, I do know that his presence will be missed for a long time to come.

Today, I’m quietly confident that if I asked anyone wandering around Westminster when they last paid for something in cash, most would scratch their heads and not be able to remember. I know that I for one spend a lot of timing tapping my card, or even using my phone and Apple’s brutal but brilliant Face ID for almost every transaction. With the contactless limit having been raised to £100 just last Friday, carrying large amounts of cash, for me, seems to carry an element of risk, and ultimately feels unnecessary.

While the trends seem to suggest that we are moving towards a more cashless society, it is really important that we make sure we do this in a managed, careful way, making sure that nobody is left behind. Since I was elected as an MP in 2019, three different bank branches have closed in my constituency. Each time a closure is announced, I hear from hundreds of constituents worried about the impact this will have on them, and how they’ll get access to their money and the services they need.

These banks not only provide vital services for a huge range of community groups, but they also often act as the epicentre of our high streets. They are vital for encouraging local trade and footfall for other surrounding businesses, too.

When I spend time in London, it is not uncommon for businesses to be entirely cashless, which is in stark contrast to so many of the small businesses in my constituency that rely on cash payments due to the costs or impracticalities involved when accepting card transactions. And in communities that are more rural than mine, where there are issues in broadband coverage and infrastructure, it is sometimes impossible to rely on card transactions to pay for things.

But as of August 2021, ATM usage is down a whopping 45% on pre-pandemic levels – and with usage going down, people are inevitably finding it harder to access the cash they need. These worrying trends impact us all, but I think we can all agree that it is the elderly and vulnerable who are likely to be most impacted by them.

Some groups of people may be nervous about using technology and may fear the potential cyber security repercussions of using contactless payment systems. Others may simply struggle to remember their personal identification number, or may not have the forms of identification available to set up complex banking services in the first place. I was also shocked to learn from the Treasury select committee’s report on increasing financial inclusion that there are still around one million people in the UK without a bank account.

The UK government recently closed a consultation on access to cash, but with things shifting so rapidly I’m worried that they’re moving too slowly to protect our vital cash infrastructure. But steps can be put in place now to ease the shift, and in my debate I am pushing the government to take actions today that will support people in the future.

Ultimately, the government’s proposed access to cash bill – which we are still waiting for many months later – must include some form of commitment to set up a regulatory body to ensure this smooth transition. I look forward to the government finally bringing forward this much-needed legislation as soon as possible. 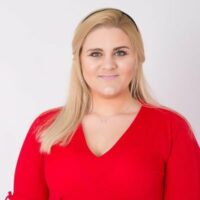 View all articles by Alex Davies-Jones