Now that we have seen the detail, it is clear that the Conservatives have once again failed schools in today’s Budget. The cheers from the benches behind Rishi Sunak only served to highlight the empty rhetoric from the Chancellor as he returned school funding to 2010 levels. A generation of young people have seen their opportunities narrow as a consequence of this wasted decade. Add in Sunak’s failure to provide the necessary money for post-pandemic catch up, and you can see the awful truth: the gap between private and state education will continue to grow and the lives of children will continue to get worse, not better.

But this shouldn’t come as a surprise to anyone who has watched the Conservatives balance the books on the shoulders of the young for the last decade. A thousand Sure Start centres cut in the name of deficit reduction. Real terms cuts to school funding in the name of levelling up. The failure to ventilate schools due to the pandemic. And I haven’t even mentioned Gavin Williamson.

Young people have borne the brunt of this government’s lack of concern. A comedy of errors that has disregarded the concerns and needs of a whole generation. These failures have created an opportunity for Labour: if we get education right, we have a chance to own the future. To show the electorate how a Labour government would build a country that gives everyone the same chance to succeed.

Of course, this must start with funding. The view that we should fund education and youth services properly is universally held within the Labour Party. But it is the least that the voters expect from us. And in many ways, it becomes a trap.

We can’t just promise to throw money at the problem. Not only would it be politically damaging – opening us to accusations of being the ‘same old Labour’ at a time when Rachel Reeves and her Treasury team have been doing great work around fiscal responsibility – but it wouldn’t have the impact that we need. Instead, we have to deliberately and rigorously target funding into areas that will have the biggest impact on education in our country.

To do that, we need to regain our radicalism on education. When Tony Crosland wrote that “the school system in Britain remains the most divisive, unjust and wasteful of all the aspects of social inequality”, he was talking about 1956. But he could have quite easily been talking about the country today where a child’s opportunity is still disproportionately affected by their geography and the class background of their family.

Reversing this must be the ambition of the Labour Party’s education policy. This is how we will achieve social mobility for the many. And that will require committed and targeted funding in the areas where we can make the most difference. The areas in which the gaps between rich and poor, state and private, north and south are allowed to grow and are never closed.

The first area should be early years education. We know that children from poorer backgrounds start primary school eight months behind their more affluent peers. That gap is never closed. It has to be our moral duty as a political movement to change that. We need to make sure that all of our children are able to access a word rich, play rich and social pre-school education. Whether we do it through an expansion of Sure Start or through a commitment to affordable, high-quality childcare for all, we have to make this happen. If we were prepared to spend £13bn on the abolition of university tuition – by which time, inequalities have already been baked in – in 2019, we have to commit to making sure that those inequalities don’t happen in the first place.

Secondly, we need to ensure that our children leave compulsory schooling with a high level of cultural capital. That they gain an education where not only will they know the best of what has been thought and said, but leave with the memories of a rich and wide range of experiences. We need our young people to feel that wherever their future takes them – whether it’s the halls of an Oxbridge college, the doors of the board room of a FTSE 100 company or the office of a bank manager to apply for a business loan – that they belong there and are able to thrive.

We are already making ground on this. Wes Streeting’s ‘ten by ten’ initiative, promising that each primary school child will learn an instrument, play a team sport and experience the seaside before they turn 11, is a brilliant start. And we have to continue to be that bold with cultural enrichment at secondary school.

But we still need to engage further with the idea of a knowledge-rich curriculum. This isn’t to say that skills aren’t important, of course they are. Instead, it accepts that if we want our children to break through the glass ceiling, they need to be armed with the knowledge that gives them the confidence to belong. Not only that, but a knowledge-rich curriculum could ensure that all of our young people learn about climate change, BME British history and how to be financially independent. Knowledge is a progressive issue.

And finally, we should concentrate our spending on giving each child the opportunity to access specialised support. This means funding CAMHS (Children and Adult Mental Health Service) better so that each school has access to a counsellor and the mental health services that our young people require. It also means ensuring that each school should be able to afford the behaviour mentors that they need to support the young people in their care to access their education and avoid falling through the cracks. Both of these targeted and specialist resources would focus on prevention being better, and more economically efficient, than the cure.

The Tories have shown no interest in meeting the challenges facing education. Many of these challenges predate the pandemic; all of them have been made worse by Conservative incompetence. We cannot simply point at the government’s failures and expect voters to come back to us, however. We need a positive, radical, targeted offer aimed at making a real difference to people’s lives. Education is the best chance that young people have to make the best of their potential. It is our job to ensure that social mobility and social justice are a promise, not a myth. 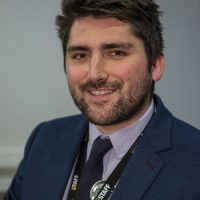 Tom Clements is a teacher from Leeds.

View all articles by Tom Clements