Westminster City Council was recently plunged into controversy following the disastrous opening of the Marble Arch Mound, a 25-metre-tall artificial hillock designed to encourage visitors back to the West End. The Mound, which promised a “unique immersive experience” with “360-degrees views down Oxford Street and into Hyde Park”, failed to deliver either and has been widely condemned as a failed – and very expensive – vanity project.

Insofar as any heap of mud can have aesthetic value, the Mound is particularly bad. Bearing close resemblance to the Tubbytronic Superdome (the home of the Teletubbies), the Mound was forced to close within two days of opening to undergo remedial work after a public backlash. The Conservative-led council refunded those who had purchased tickets to visit the attraction and made entrance free for the month of August. Subsequently, recognising that the public’s appetite for paying to climb a mound of dirt remains unchanged, the council has made entrance free until January, when the Mound will be removed.

The Mound is an over-budget eyesore. Intended to be part of a wider £150m redevelopment of Oxford Street, it has attracted international media coverage, forced the resignation of the council’s deputy leader and decimated trust in the Conservatives’ ability to oversee other infrastructure projects. It will cost Westminster’s taxpayers £6.6m – that’s more than the £2m originally budgeted for, and more than the £5m the council has committed to tackling the climate emergency.

£6.6m could have been better spent on building 20 new homes, installing solar panels on 500 blocks of flats, providing 20,000 laptops to students or filling in 120,000 potholes. Labour is calling for the Mound to be dismantled as soon as practicably possible and for an independent inquiry to establish how this fiasco was allowed to occur. Until that inquiry takes place, and lessons are learnt, the council should suspend any further major capital investments in the West End district.

Westminster’s residents cannot afford the Conservatives’ incompetence. The city may be known for its palaces, affluence and ostentatious wealth, but it is riven with inequality, which makes the decision to waste millions on the Mound all the more egregious. Westminster has the highest levels of rough sleeping in the UK and a third of children rely on free school meals in my local area. Many residents face a cost of living crisis. Inflation is on the rise, thousands are languishing on the social housing waiting list, the median property price is over £1m, vital public services have been cut to the bone and the council has announced a 3.5% hike in council tax.

Residents deserve better. Since its inception in 1964, Westminster City Council has been controlled by the Conservatives, who have traded on their self-image as the guarantors of low council tax and financial prudence. The Mound, and the recent rise in council tax, contradict this and erode the Conservatives’ waning legitimacy. Labour can win in Westminster and build a better future for residents. In 2018 we came within 2% of matching the Tories’ vote share. On May 5th 2022, voters can kick the Tories out of office and elect a council that prioritises their needs. 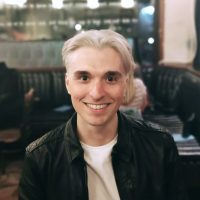 Robert Eagleton is the Labour candidate for Pimlico South ward in the 2022 Westminster City Council election.

View all articles by Robert Eagleton