Boris Johnson’s government is one that holds the working class, in all its diversity, in utter contempt. And as his authority progressively disintegrates with each passing scandal and policy failure, it feels as though the ugly face of the Tory Party is being bared for all to see.

When the Tories champion policies that make the majority of the population worse-off, they whip up bigotry to divide ordinary people. Sections of our society are deliberately othered, so they can be scapegoated for hardships rather than those responsible being held to account. The most recent instance of this divide and rule tactic is the nationality and borders bill.

This draconian legislation, instead of facilitating safe and viable routes to refugees, aims to implement illegal policies that will see Britain violate the Geneva Refugee Convention. It signifies an acceleration of the Home Office’s direction of travel towards a more inhumane approach to refugees, driven entirely by bigotry rather than any honest interpretation of the facts.

The urgent need for a drastic shift in the Home Office’s programme was underlined by the tragedy that came to pass on November 24th, when 27 people in search of safety, including three children and a pregnant woman, lost their lives whilst crossing the Channel. This catastrophe should have been a watershed moment for the Home Office, providing it with the clearest evidence possible that its tactics are failing. It was an opportunity to reflect.

Far from ensuring that the devastation seen on November 24th is the last event of its kind, this bill will push more vulnerable refugees into the hands of people smugglers and potentially criminalises the work of the Royal National Lifeboat Institution (RNLI). The attitude towards the work of the RNLI is, of course, already having shocking consequences. A lifeboat crew was last week forced to call the police after facing abuse from an enraged mob who, as a result of not just the media but government disinformation, believe desperate people seeking a better life shouldn’t be saved from drowning.

This is a symptom of the long-term campaign to dehumanise refugees, which sees calls on national television for ‘barbed-wire fences’ to sink boats carrying migrants and news channels going on refugee safaris to film people off the coast of Dover.

As if the bill were not dangerous enough, an amendment has been added that endows an already overbearing Home Office with greater powers. Clause nine of the nationality and borders bill dictates that the Home Office would not even have to inform a British citizen if they were to have their citizenship stripped and the individual would effectively have no right of appeal.

It has been pointed out by the director of human rights group Reprieve, Maya Foa, that if passed the clause would mean someone accused of speeding “would be afforded more rights than someone at risk of being deprived of their British nationality”, and that the bill is deliberately vague about the grounds for stripping citizenship without notice, leaving itself open to the most cynical of interpretations. This provision has been particularly worrying for my constituents in Bradford East, who understandably fear it will be used to target those from a Black, Asian or other ethnic minority background.

No human life is worth more than another’s and nobody’s citizenship should be considered second-class. Any suggestion to the contrary must be robustly opposed. An injury to one is an injury to all. By fighting back against an increasingly authoritarian Home Office, we can begin to build solidarity across the working class as our common enemy becomes more and more apparent. 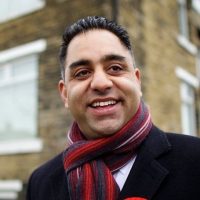 Imran Hussain is the Labour MP for Bradford East and shadow employment rights and protections minister.

View all articles by Imran Hussain